The BBC Proms bring diversity to the fore with Chineke! and conductor Kalena Bovell. 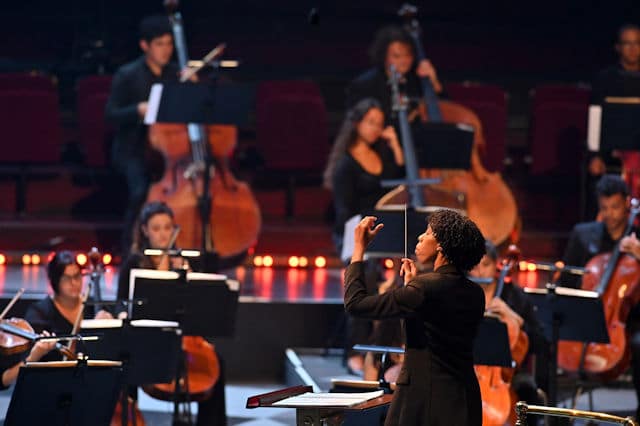 Tuesday evening saw a welcome return to the Proms platform of Chineke! orchestra in a cleverly chosen programme of captivating music by BME composers, directed by guest conductor Kalena Bovell.

In recent years, Chineke! have been championing the music of Sierra-Leonian / British composer, Samuel Coleridge-Taylor, whose cantata The Song of Hiawatha was a staple of concert halls at the turn of the 20th century. It has been 60 years since the piece’s last Proms performance, and Tuesday saw a brief return visit in the form of its overture. Set as a series of variations on a waltz, it is a charming stand-alone work, and Chineke! made the most of its shifting textures, delivering, under Bovell’s sure direction, some beautifully mellow string playing, the laciest of harp / woodwind introductions, and some suitably raspy brass work in the stormier sections. 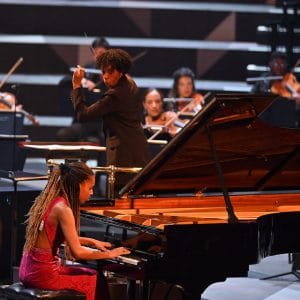 The concert closed with Coleridge-Taylor’s A minor symphony, a much more academic work written while the composer was studying with Stanford at the Royal College of Music. It is a work full of contrasts, particularly the first movement, whose mercuriality of mood needs careful handling to bring out the fleeting moments of bravura, pastorality, tempestuousness and brooding. There were no worries on this score, though, as Bovell’s keen understanding of timbre and dynamic, and the orchestra’s technical brilliance ensured that the most was made of the material. After the emotional whirligig of the first movement came the glorious broad lilt of the second movement’s melodies (and its closure on a yearning violin solo), the busy jollity of the scherzo (with its lovely Spiritual sounding trio melody) and the uneasiness of the final movement with its grand tragic march and quiet coda – all given slick and intuitive performances.

“…a welcome return to the Proms platform of Chineke! orchestra…”

The Nigerian composer Fela Sowande’s African Suite for string orchestra and harp is a wonderful new discovery, and those who enjoy the music of composers such as Addinsell, Coates or Binge would take great delight in it – as, clearly, did the orchestra, who approached it with an immaculate understanding of its style and message, once again, displaying some superb playing. Set in five movements, it is full of hummable tunes and lush harmonies that begin with ‘Joyful Day’ – a jolly stride with a syncopated underlay – and move through to ‘Nostalgia’, whose rich, pastoral string timbres were given full weight. The final movement, ‘Akinla’ is light on its feet, and its pizzicato syncopation was realised with a dextrous touch.

The most unusual work on the programme was Florence Price’s 1934 Piano Concerto in One Movement, which one cannot help feeling was a witty trap constructed to tease the stuffy Chicago élite. It is actually in three distinct movements, whose styles become progressively more outrageously jazz age. The opening movement opens with the woodwind musically tiptoeing into the room, and builds to a grand, saturnine structure full of piano grand gestures worthy of a Rachmaninov concerto, to end in a triumphant, almost military fanfare. The second movement soon moves, however, from some opulent 19th century string work into a bluesy Spiritual with a piano / cor anglais duet with some minimal orchestration (the light touch of which the orchestra delivered perfectly). The opening rumble of the final movement rapidly transforms into a full-on, riotous rag with vampy piano and swaying orchestra.

Jeneba Kanneh-Mason, making her Proms debut, was the soloist for the work, and took the virtuosic writing – the muscular piano-lion chord leaps up and down the keyboard, the nightclub slinkiness of the blues, the syncopated hot jazz – in her stride, demonstrating musical insight, technical acuity, and an engaging performing persona.