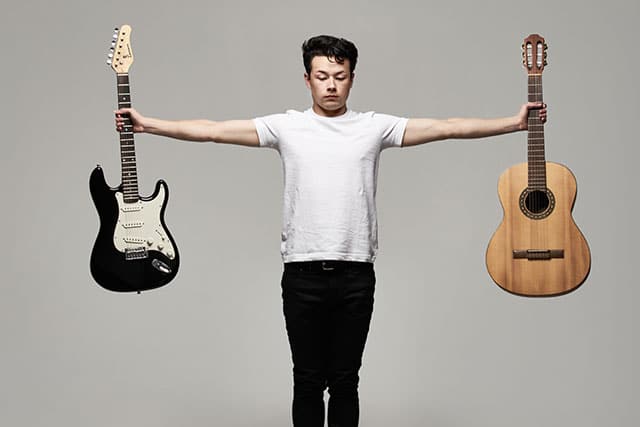 An overcast Monday lunchtime in Chelsea doesn’t feel like an ideal setting for tango, but, between them, mezzo Wallis Giunta, guitarist Sean Shiba and flautist Adam Walker brought Argentina to London, summoning easygoing afternoons on the boulevards of Buenos Aires and sultry nights in its dance halls, along with more ancient sonorities from South America’s indigenous peoples, with a programme of music by Astor Piazzolla and Ariel Ramírez. 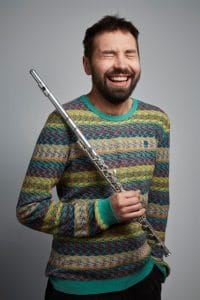 Piazzolla’s Histoire du tango is a suite for guitar and flute that portrays tango’s development through four movements conjuring the atmosphere of places in which it was performed. Shibe and Walker captured the fleeting moods of the short pieces perfectly, with peerless technical skill and impressive communication – both between themselves, and with the audience. We were given a chirpy stride along a sunny street into the more mysterious ‘Bordel 1900’ (full of rhythmically slapped wood and flutter-tonguing), a languorous afternoon in ‘Café 1930’ (a slow, haunting lyrical flute melody over complex chords that were half Impressionist and half jazz), an up-tempo, Jacques Demy type theme followed by a slower, more cheek to cheek melody (‘Night Club 1960’), and a more angular top line accompanied by robust, syncopated guitar chords for ‘Concert d’aujord’hui’ (set sometime in the 1980s).

The Canadian mezzo Wallis Giunta has an impressive opera career, but when you read that she has sung the title role in Carmen, you understand exactly how she has found her ‘tango voice’. Tango singers are really at their best in later life, with several years behind them smoking Carmen’s wares (to give that authentic tone of a life lived to the full), but here was a new take: a young voice that was, nonetheless full of earthy character and a controlled focus in the chest register: spot-on for the material. 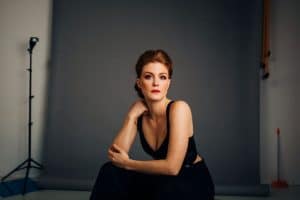 Piazzolla’s ‘Yo soy María’ from his tango opera María de Buenos Aires is the song of a prostitute; it’s full of pride, sex and insistent rhythm, all of which came across in this ballsy performance – again, the communication between the performers was flawless.

Ariel Ramírez is best known for his controversial folk mass setting, Missa Criolla, but his collection of eight songs, Mujeres Argentinas (five of which, in arrangements for guitar, flute and voice, by Shibe himself, were performed) is a secular work, celebrating women of South America. The musical material moved away from the sophistication of the 20th century cities at this point, and into a more rural, untamed landscape, full of pentatonic melodies and drones. ‘Antigo dueño de las flechas’ was a prime example of this: substituting his acoustic guitar for an electric one and deploying some looping and fuzz, Shibe gave us a jungle buzz, over which Giunta’s chanted melodies (accompanying herself with rustling percussion instruments) conjured the puissance of ancient deities. ‘Gringa chaqueña’ went straight to the gut with its summoning of a female genius loci of the Chaco region in a piece full of the thrum of acoustic guitar, the rattle of percussion and some exquisitely lyrical lines. For ‘Dorotea la cautiva’ Shibe produced some lacy, picked guitar lines, and Giunta’s almost emotionless delivery of the potent text through modal melodies was thrilling indeed. ‘Alfonsina y el mar’ (a tribute to the poet Alfonsina Storni) played further with the emotions through a musing guitar introduction, agile lines of a repeated refrain, and some beautifully light-voiced lyrical material. The set finished with ‘Juana Azurduy’, a declamatory and upbeat anthem to ‘Alto Peru’. Who could not thrill to the line “lend me your rifle, for the revolution is smelling of jasmine”?.