This year’s Prom season is nearing the end. Mark Elder and the Hallé Orchestra help to see it out. 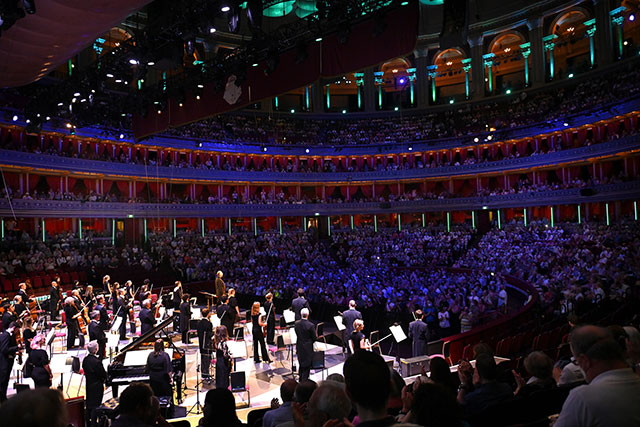 Our musical friends from the north are always assured a warm welcome at the Proms, so it’ll come as no surprise to learn the Royal Albert Hall was packed to the rafters. Literally – as this was the busiest we’d seen it all season, and it was a joy to behold. It helped of course that Mark Elder had programmed two all-time audience favourites, Beethoven’s 4th Piano Concerto with Benjamin Grosvenor as soloist, and Saint-Saëns’ Symphony No.3 in C minor – better known as his Organ Symphony, so a full house was guaranteed.

The concert, however, began with something brand new – the world premiere of Unsuk Chin’s Subito con forza commissioned for last year’s Beethoven 250th birthday celebrations, which was one of the countless musical casualties caused by the pandemic. Coming in at just five minutes, its brevity belied the myriad of ideas that the Korean composer managed to cram into such a short space of time. Designed as an homage to the German composer, Chin is always deferential in the way she weaves ideas and fragments from some of his most famous compositions into her psychedelic score, ensuring it never becomes a mere pastiche. The opening chord makes us believe we’re going to hear the ‘Coriolan Overture’, but before we know it, we’re taken through a percussive whirlwind of xylophones, dissonance, and shrill woodwind interjections. Subito con forza is one of those new pieces of music that deserves repeated hearings as it will no doubt reveal more hidden musical gems each time.

While Chin gave us a flavour of Beethoven as a starter, Mark Elder and pianist Benjamin Grosvenor certainly delivered a robust main course in the form of his 4th Piano Concerto. Elder made a series of concessions to period practices and sensibilities – timpani played with wooden sticks, minimum vibrato for the strings – but this seemed at odds with the stately pace he set for the first movement. The remaining two movements fared a lot better, the final one enlivened by the period timpani, but it all seemed a bit too cautious, earthbound even. 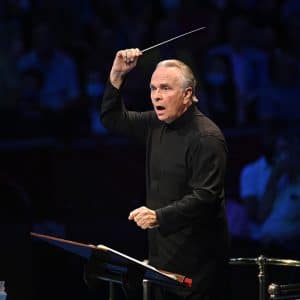 This was a shame, as Grosvenor was on compelling form. Robust in the opening Allegro moderato, each run dispatched cleanly and impeccably, caressing in the divine Andante con moto, and displaying technical wizardry in the Rondo: his playing was exemplary at every twist and turn. The cadenzas, however, were by Saint-Saëns – and apart from providing a link to the final work on the programme, stylistically stuck out like a sore thumb. Overall, the performance would have been even more satisfying with Beethoven’s – but it must be said Grosvenor played them superbly. The audience weren’t going to let him leave without giving an encore – and he didn’t disappoint with an effervescent and deftly articulated rendition of Liszt’s Gnomenreigen (Dance of the Gnomes).

As the Hall’s mighty Willis’ organ celebrates its 150th birthday this year, a performance of Saint-Saëns’ Organ Symphony was a given. In the wrong hands its bombast can teeter over into vulgarity, but here Elder coaxed filigree-like playing from the strings as they ushered in the opening Adagio – and whilst he let his players off the leash in the ensuing Allegro moderato section, dynamics were scrupulously adhered to. There was elegance and refinement in the Poco adagio, yet Elder never allowed his players to linger, as he had done in the Beethoven. In the following Allegro moderato – Presto, pianists Gemma Beeson and Paul Janes gave a virtuosic display of keyboard pyrotechnics, but it was the ‘money chord’ which opens the last movement which really got the heart racing, thanks to organist Anna Lapwood pulling out all the stops.

Her playing throughout had been on point, always attentive to the rest of the orchestra – never showy, yet she relished her moment in the spotlight, and showed what this instrument was capable of. Her videos of her playing during lockdown which she posted on Twitter kept us sane, during those long, dark months. To finally see her live, with a full symphony orchestra, performing to a capacity audience warmed the heart. At the end of the day, to come alive music needs an audience, and not surprisingly this one cheered this performance to the rafters. This was her debut at the Proms – let’s hope she comes back soon.