The LSO perform an all-Stravinsky programme in the heart of Kensington. 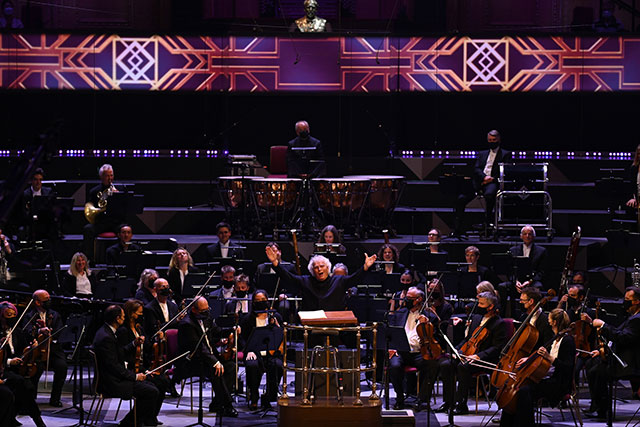 Having died fifty years ago in 1971, Stravinsky is one of the featured composers in the BBC Proms’ 2021 season. That said, this concert from the London Symphony Orchestra, under the baton of Simon Rattle, is the only one to focus exclusively on his works. The challenge for an orchestra tackling any of Stravinsky’s creations is summed up by considering the circumstances under which the final piece to be performed, his Symphony in Three Movements (1942-45), was created. The composer had attempted to write music for a documentary on scorched-earth tactics in the Sino-Japanese war and part of the score for Henry King’s film The Song of Bernadette, but neither came to anything with ‘The requirement that he should reckon on having his music rearranged or rescored by others’ being ‘enough to see to that’. Stravinsky then reworked sequences from these into this symphony, but the point is that his music is so fine tuned that it can never really be tampered with. It consequently demands the utmost attention to detail in phrasing, as well in rendering different textures and achieving balance across the orchestral forces as a whole. The challenge for the LSO was therefore to fulfil all of Stravinsky’s intentions while hiding the hand that went behind doing so, so that the music sounded fluid, organic and as if it was seemingly arising of its own accord. 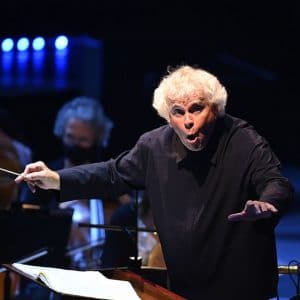 It is a challenge that the orchestra rose to from the very start. On paper, the concert looked as if it included three of Stravinsky’s symphonies but the first piece in the programme, his Symphonies of Wind Instruments, only uses the term in “its older, simpler, elemental sense of musical ideas sounding together” and notably in the plural. It was particularly interesting to hear the original version of 1920, which has only been heard twice before at the Proms, compared with eight outings for the 1947 version. It is less crisp and punchy than the later version, but, by the same token, arguably more subtle, and it was the associated nuances that the LSO proved adept at bringing out. Balance was always at a premium so that the contributions of the alto flute and alto clarinet could be understood in their entirety, but the main achievement of the performance lay in the way in which it ensured that the textures elicited always followed the shape of the music at that particular moment.

The composer’s Symphony in C (1938-40) followed, with the second theme of the first movement seeing wonderful interaction between the trumpet, horn and strings. This astute observation for the character of the music then continued as the fullest, most intense passages, towards and at the end of the first movement, achieved a rigidity that emphasised the cohesion of the forces without making the music sound mechanical or simply hyperbolic. The contrast between the largely lyrical second movement and busier third was brought out extremely well, while the final movement was managed superbly as the music was built up and then wound down to end, especially on this occasion, in the most surprising fashion.

The Symphony in Three Movements is arguably the most well known, and certainly the most frequently performed at the Proms, of the three pieces. The interaction between the piano and strings was strong from the start, with it really feeling as if the brass was bursting forth early in the first movement. The lower string sound in the second movement was also particularly fine, but the performance’s real achievement was to combine the utmost clarity in sound on the one hand with an ability to blend the forces on the other. In this way, the overarching sense of urgency that propelled the performance forward was always tempered by the orchestra bringing out all of the piece’s nuances to the full.

This Prom was broadcast live on BBC 4 and is currently available on BBC iPlayer.