A cleverly crafted programme of the music of Josquin des Prez and his followers writing in praise of the Virgin Mary. 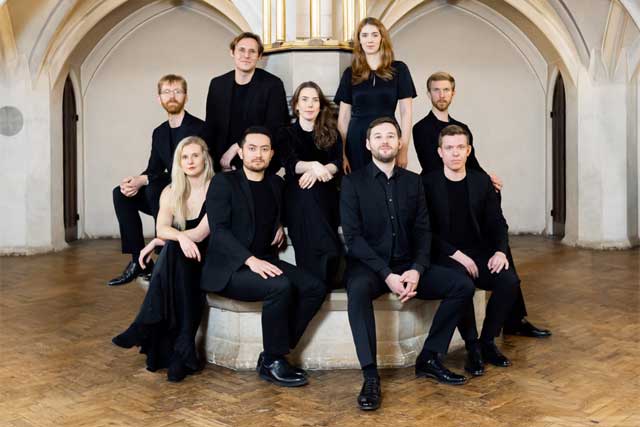 Escaping the themes of Monday afternoon’s concert at Cadogan Hall would have been hard to accomplish; not only were the six Renaissance motets presented all hymns to the Virgin Mary, but the vocal group performing were the Marian Consort. The group and their director, Rory McCleery, had additionally chosen the repertoire to celebrate the 500th anniversary of the death of the Flemish composer Josquin des Prez, and Josquin’s music occupied half the programme.

Only three texts were sung: Praeter rerum seriem, Benedicta es caelorum regina and Inviolata integra et casta est, but each one twice in a pairing of the setting by Josquin against a setting made, in homage to his work, by later composers – Sethus Calvisius (1556–1615), Adriaan Willaert (1490–1562) and the newly rediscovered Portuguese composer Vincente Lusitano (d. 1561).

The pairings had been perfectly chosen to demonstrate the subtle differences in the works, and juxtapose Josquin’s early development of through-composed polyphony against works that saw the fruits of his labours in all their complexity. Josquin’s style, while clearly demonstrating the genius of his leap from mediaeval musical tropes, nonetheless has something of these about it: heavily melismatic, sometimes in simple canon, and often presenting a thick texture in the lower parts set against a high cantus firmus.

This was amply demonstrated in Josquin’s Praeter rerum, where the muddy lower parts flower into a more open texture. Calvisius’ version echoes this, but keeps the interweaving lines of the six parts going almost all the way through, contrasting with Josquin’s more conversational technique of contrasting groups of parts.

Josquin’s use of contrasts in Benedicta es was nicely pointed up by the group: the slow and declaimed ‘Ave plena gratia’ section leading into the duet for two upper parts referring to Mary’s response, and then into the quietest, most gentle rendering of ‘Nunc mater exora natum’, bringing out to the full the pleading nature of the text. Willaert’s response to this was once again more integrated in terms of vocal line, and the rich texture continued throughout the work, making one consider that here, despite the ‘advances’ in compositional technique, Josquin had the upper hand in word painting.

The use of canon pervaded both versions of Inviolata integra, albeit that Josquin’s batting it between varying voices across the motet was easier to hear because of the looser texture and more decorated lines. Lusitano’s version, though, is full of the glories of Portuguese 16th century polyphony (particularly notable in the cadential phrases), and these were given full attention.

In general, Marian Consort performed excellently, with some clear understanding of the subtleties of style across the two centuries or so represented. The blend of voices was well mastered, and their attention to dynamic contrasts (albeit that these are more subtle for music of this era) was good. The tempo of the Willaert seemed, at times, rather slow – so much so that occasionally a voice here and there faltered slightly. The only general quibble here was one of pronunciation. It is a valid choice to pronounce Latin in an Italianate style, but given how much character well-researched ‘period’ pronunciation can add to such works (especially those of Josquin), it seems a pity that the group didn’t opt to use it to add even more contrast.

The Marian Consort MP3s or CDs

The Marian Consort on Spotify