John Wilson appears at the Proms, though not with his eponymous orchestra! 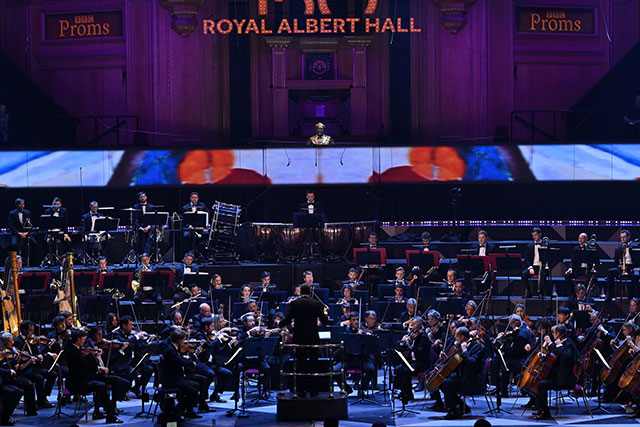 If we discount a COVID racked 2020, this is the first time that the John Wilson Orchestra has not appeared at the Proms since 2008. We did, however, enjoy ‘The Golden Age of Broadway’ earlier in the season with the BBC Concert Orchestra and Richard Balcombe, which covered ground usually reserved for the JWO, while Wilson himself has now appeared at the helm of the Sinfonia of London. This orchestra recorded many soundtracks in the 1950s and 60s, including Bernard Hermann’s score for Vertigo, and was re-formed in 2018 by Wilson to focus on a series of recording projects. This means that not only was this the orchestra’s debut Prom, but also its first ever live concert!

All of the music on offer was in some way inspired by Vienna, and it began with the Overture to Die Fledermaus (1873-74). Wilson conducted the entire opera for the Philharmonia Orchestra in 2014 when he imbued the score with exuberance and punch, while never sacrificing an ounce of detail or rhythmic precision. The performance on this occasion could be described in the same way, but what really struck the ear was the lightness of touch that was brought to the playing. This proved to be an excellent starting point because it meant that any turn, change in tempo or introduction of a new instrument to the spotlight was rendered with spellbinding clarity, so that the piece really sang and felt like poetry in motion. 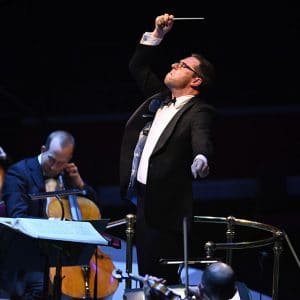 Wilson ensured that the relative levity of this Overture was contrasted to the full with Ravel’s choreographic poem La valse (1919-20), which ended the first half. The composer played the two piano version of the work with Marcelle Meyer in 1920 to Sergei Diaghilev, who reportedly insulted him by remarking “It’s a masterpiece, but it’s not a ballet. It’s the portrait of a ballet”. Though it has since been choreographed by Bronislava Nijinska in 1929, George Balanchine in 1951 and Frederick Ashton in 1958, the complexity of movement that the music inevitably demands can still push leading companies to their limits, and the piece is still more often heard in concert today. Wilson applied the same attention to detail to this concert waltz as to the Overture, but as it is a far darker piece the effect here was for it to feel as if it was penetrating deep into our psyche. Both, however, by virtue of the strength of the playing, caught the audience up in something of a Viennese whirl.

“…not only was this the orchestra’s debut Prom, but also its first ever live concert”

The longest piece in the first half was Berg’s Seven Early Songs (1905-08), played here in their orchestrated version of 1928. The soloist was Francesca Chiejina, who replaced a previously advertised Miah Persson. In the first song, ‘Nacht’, there seemed to be some problems with projection, which were compounded for me by the fact that Chiejina stood at a diagonal on the stage so was facing away from my seat. However, the difficulty was swiftly worked through by Wilson bringing the orchestra down a fraction so that Chiejina’s spellbinding voice then drew us in to such an extent that the vast Albert Hall suddenly felt like the most intimate of spaces. ‘Die Nachtigall’ in particular was beautifully rendered, while ‘In Zimmer’ felt especially intriguing.

The second half of the programme was devoted to Korngold’s Symphony in F sharp, Op. 40 (1947-52). The orchestra has already recorded the piece (available on the Chandos label) and here made us hear it in entirely new ways. The second movement, in particular, saw total command of the tarantella, the theme for horns in all its film-like glory, and the trio, which was rendered as eerily as it was economically. The third movement also felt more stark and edgy than in many other performances, while the encore, the Presto from Zemlinsky’s Drei Ballettstücke from his Der Triumph der Zeit (1900-04), rounded off the evening in magnificent style.

This Prom will also be broadcast at 19.00 on BBC 4 on Thursday, 9 September and subsequently be available on BBC iPlayer.