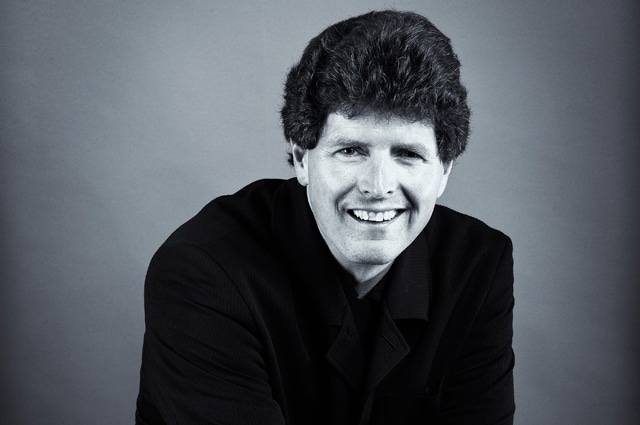 It was a pleasure to see the BBC Symphony Orchestra tackle a programme of the Dutch composer Louis Andriessen’s work on Saturday evening, a concert marking a day of ‘total immersion’ in the works of this much-neglected contemporary composer. They were clearly committed to the pieces, and under Clark Rundell gave three crackling performances.

Andriessen is difficult to pigeon-hole; often thought of as a mimimalist, he frequently defies this by drawing on his love of film and television music, and by shying away from a more traditional orchestral sound. His short opera, De Stijl (the third part of his De Materie trilogy) performed first in the concert, exemplifies this absolutely. A philosophical consideration of Piet Mondrian’s work, it sets words from textbooks on mathematics and on Mondrian’s style sung in angular minimalist close-harmony style by four female voices (provided by Synergy Vocals), underscored by a gnarly texture of electric guitars, piano, brass, woodwind and percussion. It’s a piece highly influenced by jazz-funk, and the rhythmic riffs –theme tunes to 1970s American cop dramas occasionally turned breathtakingly into Bach counterpoint – and big-band chords keep a foot tapping throughout. The middle section for speaker (Fanny Alofs) with back-of-auditorium honky-tonk piano provides a gentler ‘nightclub-scene’ relief.

The second piece, Rosa’s Horses, an orchestral suite of Andriessen’s opera Rosa: The Death of a Composer – a Horse Drama arranged by Clark Rundell was given an equally busy, rhythmic and edgy performance, and saw the ensemble augmented with the orchestra’s strings. The opera is a highly symbolic tale that explores sexual roles, and draws heavily on the music to TV Westerns, but in the suite, detached from the dramatic story, the music seemed to encourage a more expansive consideration of influences. Themes from 1960s American sci-fi shows such as Time Tunnel and Land of the Giants and Lost in Space have all been assimilated, along with occasional lush vampy nightclub moments for saxophone, and references to hoedowns All of these are contrasted with the occasional gentle appearance (once, exquisitely, on vibraphone and flute) of Brahms’ famous Lullaby. Again, the orchestra addressed the piece – a UK première performance – with agility, gusto and sheer joy.

The last piece in the programme was Mysteriën, a work from 2013. In his youth, Andriessen was part of a protest against the bourgeois world of orchestral music, but this piece, commissioned by the Amsterdam Concertgebouw (an orchestra whose performance, back in 1968, the young Andriessen disrupted), is scored for full orchestra, and an example of Andriessen, in his mature years, turning from poacher to gamekeeper in a demonstration of his concept of ‘The Terrifying Orchestra of the 21st Century’. The six-movement work is full of rhythmic variation, and exciting sonorities: string ostinati against brass chords; ‘horror’ string chords, sudden Mahler-esque arpeggio ‘sunshine’ chords and muted bugle calls. The third movement, in particular, shows Andriessen experimenting with micro-tones – setting a tuned harp against a de-tuned one, and placing two violins over them, creating an effect of ‘accompanied violin tuning’. It is certainly a mature and intellectual work – a fully realised set of variations incorporating elements of the compositional style of Messiaen and even Nielsen. But, for all this, it somehow lacks the raw youthful onslaught of the earlier works, and it might, perhaps, have had more impact if it had been performed earlier in the concert.