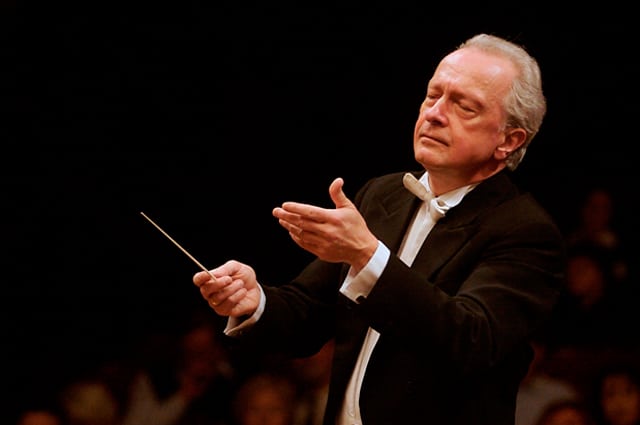 As part of a ‘Total Immersion’ day examining the output of Polish composer Henryk Górecki, the BBC Symphony Orchestra and Chorus gave exhilarating performances of signature works by this intriguing and largely unfamiliar composer.

Old Polish Music of 1967-9 is anything but ‘old’. Although it includes melodic material from medieval Polish polyphony and a Renaissance prayer, its radical treatment – grinding brass and string sections in a semi-serial face-off – showed Gorecki at his most radical. It is a difficult work to follow, and it suffers from an excessive number of heavy, repeated passages, but in the hands of conductor Antoni Wit, a distinctive compositional voice emerged.

That voice found fuller expression in the Kyrie of 2004-5 – part of a projected Mass commissioned by the late Pope John Paul II in the 1990s but shelved and never completed after the pontiff’s death in 2005. Here, the Kyrie received its UK premiere, having had its first performance in Cracow last year. It is a glorious, if sombre, work, with undulating orchestral textures and repeated tolls on piano, tam-tam and bass drum supporting dark choral writing. But the movement as a whole was at its most affecting when the orchestra relaxed into a tonal calm, leaving the chorus to quietly intone ‘Christe eleison’.

In almost complete contrast, Gorecki’s miniature Harpsichord Concerto of 1980 was played with dizzying aplomb by Mahan Esfahani, accompanied by a chamber-sized string ensemble. Often seen as a light, skittish, work, the concerto has a darker aspect to its nine-minute duration. Esfahani, who recorded the work last year, has detected Gorecki’s feelings of frustration under Communism in the first movement’s tug between the harpsichord’s chordal shifts and the dead hand of the strings’ repeated rhythm. Even the last movement’s manic gaiety seems to suggest a Schnittke-like sarcasm.

The concert ended with the monumental Symphony No. 2 ‘Copernican’ from 1972. Unusually for Gorecki, the symphony was written on time, ready for celebrations of the 500th anniversary of the birth of Polish astronomer Nicolaus Copernicus in 1973. The symphony falls into two distinct sections – an awe-inspiring tribute to the wonders of the universe, followed by mystical reflection. A touch bombastic and overly repetitive, the first movement certainly lands a punch, with the chorus declaiming God’s creative powers in a text from the Book of Psalms. It was again interesting to hear the development of Gorecki’s musical language, which would lead to the Symphony No. 3 (Symphony of Sorrowful Songs) in 1976, the work which has both enhanced and overshadowed his reputation since the 1990s. The second movement, marked ‘sostenuto – contemplativo’, bears even closer resemblances to the Third Symphony, particularly in the quiet, low, entry of the soprano solo (Marie Arnet) and the chordal progression towards the symphony’s conclusion. But it was the energy and intensity of the BBC SO Chorus’ singing that really raised the symphony to the heights.

The concert will be broadcast on BBC Radio 3 at 7:30pm on Tuesday 6 October.