by Keith McDonnell
published: 6 May 2019 in Opera and Classical Reviews
Tweet 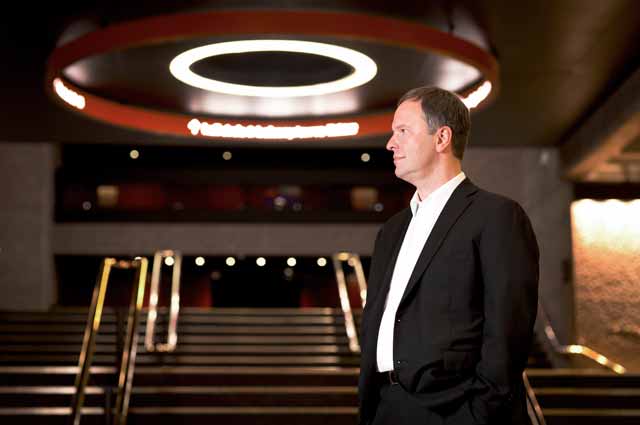 Concerts devoted to all-Russian programmes seem to be on trend at the moment in the capital. Hot on the heels of Vladimir Ashkenazy’s thrilling evening of Glinka, Glazunov and Shostakovich last Sunday with the Philharmonia at the Southbank, the BBC Symphony Orchestra under its musical director Sakari Oramo delivered a breath-taking concert featuring Shostakovich’s Violin Concerto No. 1 and two works by Stravinsky.

Discovered purely by chance, when the library of the St Petersburg Conservatory was being cleared for renovation in 2015, the parts to Stravinsky’s Funeral Song may otherwise have never been found and we would be without this brief, yet crucial work in his output which acts as an important musical stepping stone in his development as a composer.

On learning of the death of his teacher, Rimsky-Korsakov, Stravinsky composed this 12-minute eulogy which is jam-packed with musical ideas, some of which hearken back to Wagner, but many foreshadow his future works such as The Firebird ­­– no more so than the ominous string tremolo opening. Oramo and his players gave a big-boned reading of this quasi-romantic score – Stravinsky’s palpable grief evident in every bar.

Igor Yuzefovich, the soloist in Shostakovich’s Violin Concerto No. 1, also happens to be the orchestra’s concert-master, so it came as no surprise that the atmosphere was highly-charged, with both conductor and orchestra fully supportive of their star player, willing him on to give the performance of a lifetime. Yuzefovich certainly didn’t let them down, as his playing was not only technically faultless, but he mined every emotional facet of the work. He infused the brooding Nocturne which opens the concerto with a sense of melancholia, displayed a wide range of tones and colours in the macabre Scherzo, and excelled in the fiendishly difficult third-movement cadenza. There was no respite for him in the Burlesque which concludes the work, which saw him toss off the numerous bravura passages with ease. He was given a hero’s reception at the end, and rightly so.

The evening concluded with an overwhelming performance of The Rite of Spring – a work that sounds as audacious today as it must have done at its premiere over a century ago. With Oramo and the BBCSO firing on all cylinders, this was an interpretation that seemed to shake the very foundations of the Barbican Hall. The tone was set right at the start by Vahan Khourdoian’s eerily-evocative bassoon solo, quite superbly played, which lead into the visceral pounding of the earth, accentuated by Stravinsky’s wild off-beat rhythms. Oramo rightly threw caution to the wind – his was a primeval interpretation of this masterpiece – drawing exceptional playing from every section of his alert orchestra. From the range of colours and pinpoint accuracy of the woodwinds to the no-holds barred drunken-swagger of the brass, this was playing of quite an extraordinary standard. And that’s not forgetting Antoine Bedewi’s exemplary timpani playing, aided and abetted by five percussionists who provided countless thrills throughout.

This was edge-of-the seat stuff, both for players and audience alike. The BBCSO was an orchestra transformed from the week before, with this shattering performance of Stravinsky’s masterpiece ranking up there with the very best.