Once again, the dreaming spires of Oxford play host to some wonderful music. 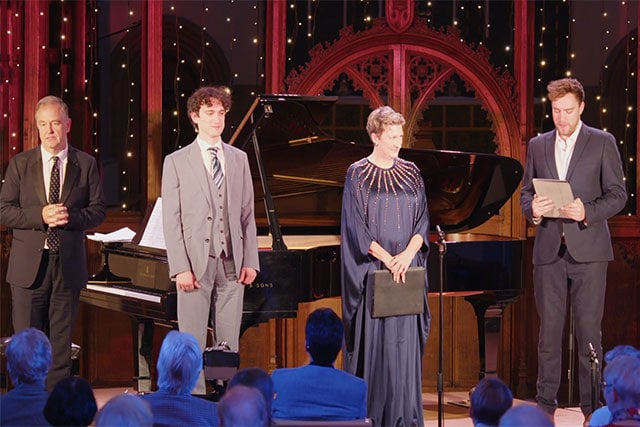 The Oxford Lieder Festival celebrates its 20th year with a month-long series of concerts held in some of the city’s most beautiful venues. The opening day highlighted performances of Die schöne Müllerin, George Butterworth’s setting of poems from A Shropshire Lad, and Berlioz’ Les Nuits d’été.

Many years ago I belonged to a Cinema Club in Newcastle, which showed classic and avant-garde films; before the main attraction we were required to sit through twenty minutes or so of Communist propaganda, the idea being that La Grande Illusion would reel us in, but before that we had to suffer a bit of education of the ‘Fat Capitalist Rat’ variety. This technique has been successfully adopted by Oxford Lieder for many of its programmes, in that you get a ‘star attraction’, such as Sarah Connolly, but before her performance there will be a short piece which will introduce you to the raw and emergent. 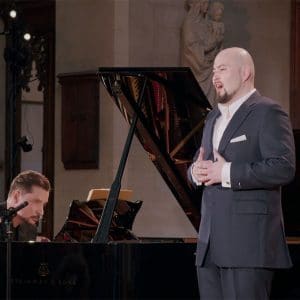 The difference here, of course, is that no suffering is involved; if the performances of the young artists on Friday are anything to go by, it will not be very long before they are stars in their own right. The bass-baritone Charles Cunliffe, still a student at the Royal Academy, provided some of the day’s most assured, perceptive singing in his performance of the Six Songs from A Shropshire Lad, and he was sensitively accompanied by Gus Tredwell. He caught exactly the right tone in ‘Loveliest of Trees’ and displayed heartfelt emotion in ‘Think no more, lad’. Both singing and playing in ‘Is my team ploughing?’ seemed to bear the weight of experience and belied the youth of the performers.

“…you get a ‘star attraction’, such as Sarah Connolly, but before her performance there will be a short piece which will introduce you to the raw and emergent”

Earlier in the day, Schubert’s Die schöne Müllerin was given a fresh, persuasive performance by the tenor Simon Bode, accompanied by Simon Lepper. The latter is a known quantity, his playing, as ever, collaborative and sensitive to singer and text. Bode has a light, somewhat plaintive voice, ideally suited to the gentler songs such as ‘Danksagung an den Bach’ but somewhat challenged by the hectic phrases of ‘Ungeduld’. ‘Morgengruss’ displayed his nuanced understanding of Müller’s poetry, and ‘Pause’ allowed Lepper to reveal his exceptional legato playing.

The evening concert was centred around Sarah Connolly’s luminous singing of Les Nuits d’été, superbly accompanied by Julius Drake. ‘Le spectre de la rose’ was particularly remarkable for Connolly’s capturing of the languid tone of the poem, and ‘L’île inconnue’ brought to mind Janet Baker in its sense of otherness.

Songs by Herbert Howells and John Ireland followed, of which the highlight was Britten’s setting of ‘My True Love Hath My Heart’. Fauré’s ‘Pleurs d’or’ provided an unusual encore, the duet expanded so that all the evening’s performers could be involved.

The entire festival is available on demand until the end of November, so if you can’t make it to Oxford, you can still enjoy some superb concerts at your leisure.

Booking information can be found here.