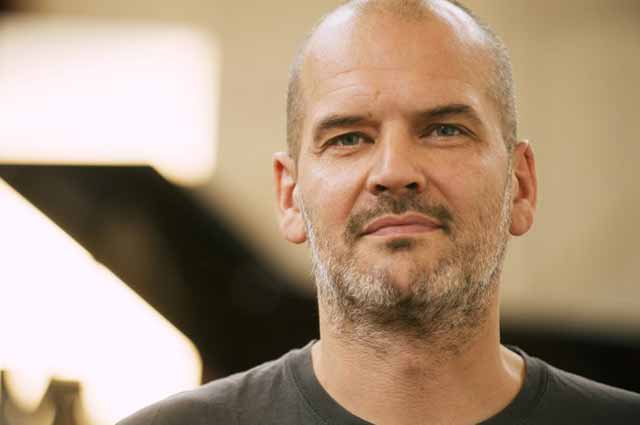 No one who had made their own winter journey to the Muziekgebouw’s beautiful Grote Zaal on this perishing evening, can possibly have been left untouched by this searing Winterreise. Some of us would go so far as to say that it was the greatest performance of the work we have heard, both in terms of Florian Boesch’s incandescent singing and Malcolm Martineau’s audacious playing.

Towards the end of his life, Dietrich Fischer-Dieskau wrote that “…the true interpreter… with his heart filled with emotion for what he sings, will transport you into another sphere.” If any singer active today is that “true interpreter,” it is Florian Boesch. Critics are fond of writing of singers, that they do not merely sing roles or songs, but ‘inhabit’ them – however it would be more accurate to say of this man, that the songs inhabit him, since there is really no distinction between what the protagonist feels, and what this singer communicates. This is neither acting nor narrative, but one sensibility baring itself and in doing so allowing those of us privileged to be with him, to acknowledge our own deepest feelings.

The voice is perhaps not the most conventionally beautiful, but if you want mere tonal beauty you don’t seek it here – what you do experience is an intensity which is at times startling, and which in some songs is so gripping that it’s hard to define in the usual terms, except to say that it puts you in mind of the phrase used by Beethoven’s Leonore when she refers to the sound of Florestan’s voice – ‘…sie dringt in die Tiefe des Herzens.’  The singing, and playing, seem at times to take away the bar lines, so natural is the flow of the phrases, but when you go back to the score you find that everything was in place.

From the very first words of ‘Gute Nacht’ we know that this is to be a wholeheartedly candid performance; there’s vocal beauty aplenty in such phrases as ‘Es zieht ein Mondenschatten,’ the last three syllables leant on just enough to set that lump in your throat going, but it’s the variety of emotions delineated in just moments, which really impresses. In ‘Gott hat sie so gemacht’ the voice clearly says ‘maybe so,’ but you get the sense of the despair behind it – and with ‘Sacht, sacht, die Türe zu!’ It’s clear that he doesn’t really want that at all, and he’s trudging off unwillingly.

In ‘Die Wetterfahne’ I’ve seldom heard such bitterness and rage in ‘Was fragen sie nach meine Schmerzen’ and as for ‘Gefror’ne Tränen’ it was fraught with emotion, from the sadness of ‘Dass ich geweinet hab’ to the terrifying swell of sound in the last line, and the piano’s halting steps were so in tune with the voice that it seemed every note was imbued with despair. ‘Erstarrung’ showed just how powerful it is when singer and accompanist are as one, the aching plea of ‘Wo find’ ich eine Blüte’ underpinned by the sorrowful piano.

Martineau’s playing of the delicate vorspiel to ‘Der Lindenbaum’ brilliantly evoked the gentle rustling of the lime tree’s leaves, and Boesch responded with singing of wonderful sweetness in the nostalgic stanzas and what one might call a sense of being ‘beside himself’ in the others. It’s remarkable that Boesch remains completely at one with the poetry and music throughout, never coming ‘out of character’ either in the rests or the (very short) pauses between songs – far from it, since he has a way of seeming to sigh inwardly at these moments.

Chatting to my neighbour before the performance, she was much amused when I told her that if she wasn’t a quivering wreck by the end of ‘Frühlingstraum’ then she was a pineapple. I’m happy to say that she only made it to ‘Rückblick,’ and rightly so, since this song was given the most poignant interpretation imaginable, the voice and piano seemingly both weighed down with anguish. As for ‘Frühlingstraum,’ Boesch and Martineau were at their finest here, from the aching sweetness of ‘So wie sie wohl blühen im Mai’ to the powerful anger of the final line.

‘Die Post’ is sometimes seen as a bit of light relief, but there was no chance of that here – ‘Wo ich ein liebes Liebchen hat’ was positively heartbreaking, as was the final ‘Mein Herz?’ and the playing was superficially galloping yet finely hesitant. In the later songs, where self-indulgence sometimes mars a performance, Boesch and Martineau keep turning that emotional screw, with phrases such as ‘Habe ja doch nichts begangen, / Dass ich Menschen sollte scheu’n’ in ‘Der Wegweiser’ remarkable for their naked candour and lack of affectation.

‘Die Nebensonnen’ could stand as an object lesson in perfect control, use of vocal colour and fluid legato singing, although the fervour of the final line is what most lingers in the memory – it’s still there now. The final hurdy-gurdy phrases of ‘Der Leiermann’ were followed by a stunned silence, and then a genuine standing ovation.

The Grote Zaal has a crisp, airy acoustic, not unlike that of the hall at Snape Maltings, the seats are remarkably comfortable and the surroundings spectacular. I was rather touched that an apology came with my programme, to the effect that they regretted there was no English translation! This was the first of a series called ‘Grote Zangers’ which is definitely recommended if you’re in or near Amsterdam.