In the midst of the current uncertainty, Sam Smith leaves it all behind for an evening at the Barbican. 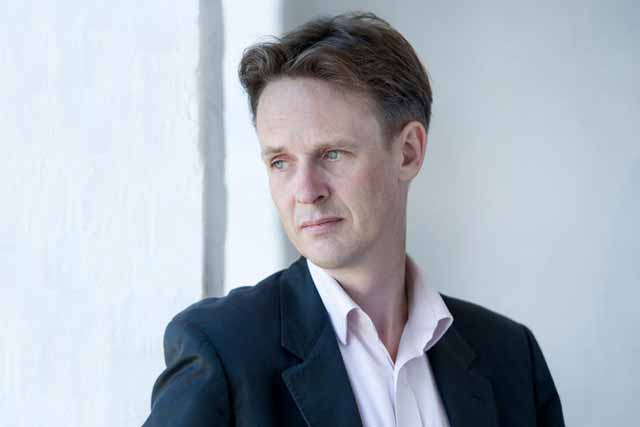 Things are sadly more up in the air than ever for the arts, but this recital in the Live from the Barbican autumn series of socially distanced and live streamed performances, felt like a beacon of light amidst the gloom. With the live audience being much reduced in size, the sense of enthusiasm on the part of those who were present was tangible, while the concert itself felt as lovingly created as it was obviously accomplished. It featured pianist Julius Drake (replacing Sir Antonio Pappano at short notice) and the Carducci Quartet in two vocal pieces, sung by Ian Bostridge and Dame Sarah Connolly respectively. Both choices were astute in the sense that they enabled all of the forces that comprise a piano quintet to be revealed to the full. In the case of the first, Vaughan Williams’ On Wenlock Edge (1909) may have been written for that specific combination of instruments, but the composer originally envisaged a cycle for voice and piano before realising how much the addition of a string quartet would enable a wide range of colours and emotions to be brought out.

Though many composers have set poems from A. E. Housman’s A Shropshire Lad, Vaughan Williams was the first to do so a mere thirteen years after they were first published. As Bostridge explained in an introduction, the poems may have been written during the Boer War and subsequently read a lot in the trenches, but this cycle in particular concentrates on lost love and repressed feelings rather than war itself. His voice proved perfectly suited to expressing every facet of the entire cycle by being so versatile. Most typically, he produced a light, ethereal sound that was supported by considerable strength and copybook technique, but his output was always in keeping with the dramatic and emotional demands of the moment. Particularly impressive were the way in which the final lines of the second song, ‘From far, from eve and morning’, were delivered so softly, and the manner in which the next, ‘Is my team ploughing?’, felt increasingly agitated as it went on.

“Things are sadly more up in the air than ever for the arts, but this recital… felt like a beacon of light amidst the gloom”

The Carducci Quartet also brought wondrous textures to this third song, which so often utilises three of the four string instruments. For most of the time it is the three upper ones, with the cello then having its own dominant moment, but at the end it is the second violin that is absent. It was also incredible to see how Bostridge could instantly become brighter in the short fourth song, ‘Oh, when I was in love with you’, while in ‘Bredon Hill’ the ensemble, and Drake in particular, clearly took us from bells that suggested joy and marriage to ones that implied death and funerals.

If the text (by a 20-year old Maurice Bouchor) of Ernest Chausson’s Poème de l’amour et de la mer (1882-1890) is a little overblown and lacking in nuance, that is certainly not a criticism that could be levied against the music. The piece is divided into three sections with a short musical Interlude falling between ‘La fleur des eaux’ (The flower of the waters) and ‘La mort de l’amour’ (The death of love). Broadly, the first poem explores the joys of love and the second the death of it, although, as Connolly explained, it seems to dwell on the dark and painful aspects rather more. Chausson was a great admirer of Wagner, and Connolly feels that parts of the piece are reminiscent of the gloomiest moments of Act III of Tristan und Isolde when Tristan questions the very point of existence. Connolly’s performance was perfectly pitched, with her voice feeling rich, nuanced, suitably powerful and yet never overblown. It was also interesting to compare how Bostridge and she portrayed sorrow in line with the demands of their different pieces. In parts of ‘Bredon Hill’ he genuinely looked on the verge of tears, but here it felt as if Connolly had been truly numbed by the intensity of her pain.

The fact that in the midst of a pandemic this concert was presenting a new arrangement of the work for voice and piano quintet by Franck Villard was a joy to experience. In a similar vein, the encore, Fauré’s Pleurs d’or, Op. 72, was arranged especially for this occasion for two voices and piano quintet by Iain Farrington to mirror the instrumentation of the evening’s other pieces. It too was a reminder of just how much love and pride had gone into making this concert the special event that it was.