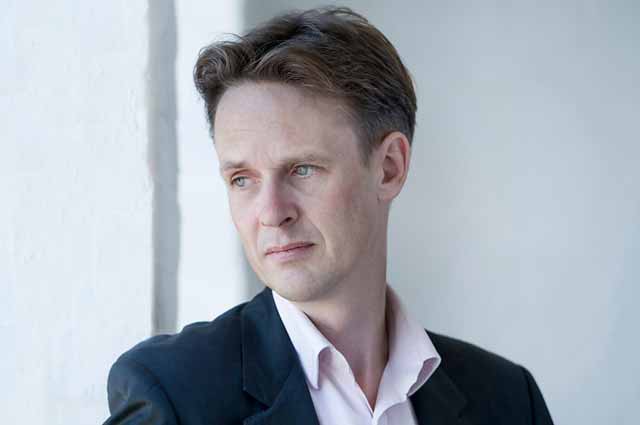 Is it possible to out-Bostridge Ian Bostridge? Apparently, yes, since this performance of Die schöne Müllerin was even more anguished, angry and ‘acted’ than many previous ones by the master of both wringing the hands and wringing the heart. He was partnered by the only occasionally assertive, generally mellifluous playing of Saskia Giorgini, who very often provided the tenderness not always evident in the singing.

This is a tortured, bitter, brutal Miller lad, characterized as not very far out of his teenage years and most definitely not going to recover from his first great love and ‘move on to new adventures’ as some would have it. ‘Das Wandern’ sets the mood, the boy’s anxiety as present as his excitement, the piano clattering ominously through ‘Die Steine selbst, so schwer…’ and the voice (not at its 100% best, suggesting a sore throat) hinting at the trials yet to come. ‘Danksagung an den Bach’ was finely introduced by the piano, and here the plaintive quality of the voice came to the fore, with just the right amount of pressure on ‘gemeint’ and ‘Herze’ to get those tears off the springboard.

Both ‘Morgengruss’ and ‘Tränenregen’ featured Bostridge’s strength in terms of emphasizing the special quality of certain key phrases, such as ‘…bückt und weint’ in the former, and ‘Sie nickten und blickten ihr nach’ in the latter. There was no such tenderness in either ‘Pause’ or ‘Mit dem grünen Lautenbande,’ with these two pivotal songs revealing more anger than reflection – ‘Dan hab’ ich’s Grün erst gern’ was especially savage.

The anguish came to a head in ‘Die böse Farbe,’ where Bostridge’s tone at ‘Ich möchte liegen vor ihrer Tür’ seemed more threatening than longing, and it was movingly emphasized in ‘Trockne Blumen’ where the lines ‘Ach, Tränen machen / Nicht maiengrün, / Machen tote Liebe / Nicht wieder blühn’ (Tears will not bring back the green of May, nor make old love blossom again) were sung with the deepest sorrow. This song’s closing lines were highly dramatic and tormented rather than triumphant.

The closing ‘lullaby’ took us back to tenderness from time to time, especially in Giorgini’s gently lilting playing of the nachspiel, but the overall impression is of a young man not exactly glad to die, but going to his death with a kind of resigned fury. The encore, Britten’s wonderful setting of ‘O Waly Waly,’ fitted perfectly with this mood, and it was most beautifully sung and played. The concert is repeated tonight (Monday, April 15) and is highly recommended; you won’t exactly emerge with a spring in your step, but you will feel moved and enriched.