by Lottie Greenhow
published: 23 May 2011 in Opera and Classical Reviews
Tweet 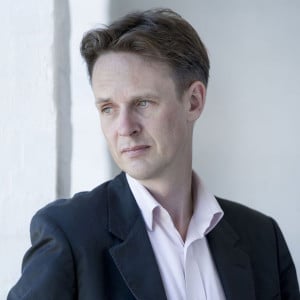 Marking John Tusa’s last day as chairman of the Wigmore Hall cannot have been an easy task; fortunately, it fell to Ian Bostridge to do the honours. The Hall was at full capacity on Monday night for his recital, which was dedicated to the former chairman in recognition of his contribution to the life of the venue for the past thirteen years. Bostridge was accompanied in this recital by his regular partner, Julius Drake, with whom he clearly has a remarkable rapport. The duo presented a diverse and interesting programme of predominantly British music, in which Bostridge captured every subtle nuance of each word, without ever overdoing it.

A broad spectrum of emotions was explored in Brittens arrangements of J.S. Bach’s Five Spiritual Songs; from the genuine sense of joy in Kommt, Seelen, dieser Tag and the hopeful Bist du bei mir to the pleading of Liebster, Herr Jesu and the sorrow of Komm, ser Tod, Bostridge taking great care to let each of these little pieces tell their individual heartfelt tales. Similar care was taken in his rendition of Haydn’s Five English Canzonettas, where a particular highlight was the omnipresent humour throughout the Sailors song and a sympathetic performance of She never told her love. Bostridge and Drake both exhibited their exemplary virtuosity in the last of the Haydn pieces, Fidelity, which boasted rapid pianoforte passages and a ringing top B in the vocal part.

No less care was taken in the second half of the programme, which opened with Brittens arrangement of Purcell’s The Queens Epicedium. Purcell’s sinuous melody lines and exotic word painting, coupled with Brittens dramatic accompaniment realisation, were heightened by Bostridge’s transition through denial, grief and acceptance towards the defiant ending of the piece.

The darkest and most sinister point of the programme by far was the Four Songs from Brittens Who are these Children? , which combined spine-tingling melody lines with virtuosic piano accompaniment, negotiated by the performers with no hint of strain. The title song, Who are these Children? captures Brittens abhorrence of foxhunting with his distorted tritone horn calls, and Bostridge communicated all the disgust and disdain this piece requires.

The Britten was followed by Kurt Weill’s Four Songs to Texts by Walt Whitman. The jazzy rhythms and rich harmonies in these pieces provided contrast to the rest of the programme, and Bostridge’s performance was no less convincing for that he captured eloquently the agitation of Beat! Beat! Drums! and the drama, anguish and desolation of Come up from the fields Father, which was particularly heart-rending. The last number, Dirge for two veterans, held the audience in spellbound silence for a good thirty seconds after the final note. The programme had opened with Purcells Music for a While (in the realisation by Tippett) and Bostridge and Drake wisely chose to perform this again as an encore; both renditions were sublime.

This was a fitting tribute to a widely celebrated patron of the arts; without a single weak point in the programme, the audiences imagination was captured and held from beginning to end. Although an emotionally packed programme, the end came all too quickly for me.

Further details of Wigmore Hall concerts can be found at wigmore-hall.org