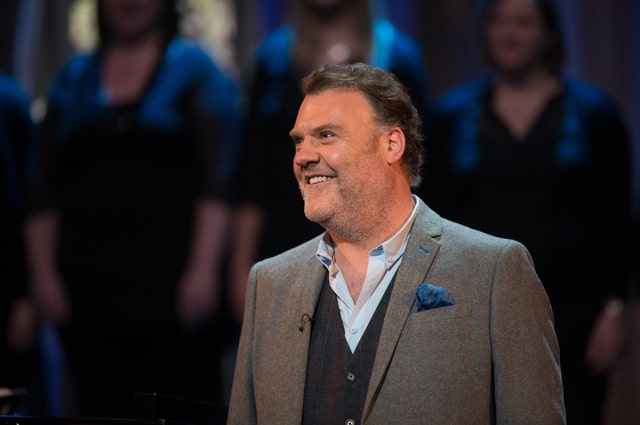 Had this concert appeared at the Wigmore Hall it would have left everyone scratching their heads at the choice of programme. As an extra event alongside the three main productions in Grange Park Opera’s first season at West Horsley Place, however, it made for a delightful evening as it proved entertaining while still justifying the effort that everyone had made to dress up and travel to the venue.

The stars of the evening were bass-baritone Sir Bryn Terfel and Zenaida Yanowsky, the outstanding Royal Ballet dancer who will be retiring at the end of this season, having been a Principal with the company since 2001. Terfel has long been a fan of Grange Park Opera, where he played Tevye in Fiddler on the Roof in 2015, and was presumably only too happy to perform during its first season at its newly built theatre. Yanowsky is the wife of baritone Simon Keenlyside, who played Fagin in Oliver! for the company last year, which may explain how she was introduced to the Grange Park family.

Terfel and Yanowsky were not, however, the only performers over the evening and one of the most successful features of the programming was the way in which it did not patronise the audience. With such starry soloists it would have been so easy to have simply played on their names to trot out a few famous arias alongside The Dying Swan, but that is exactly what this concert avoided doing. At nearly ninety minutes per half this substantial evening certainly possessed its lighter moments, but it was programmed to include an eclectic mix of music as the first half focused almost entirely on the Baroque repertoire and the second mainly on the nineteenth century onwards.

The concert used elements of the set for Grange Park Opera’s current production of Tosca as three columns lined each side of the stage, stars and clouds appeared on the backdrop and sophisticated lighting effects enhanced the atmosphere. The curtain rose on the Sinfonia Cymru, which performed J. S. Bach’s Brandenburg Concerto No. 3. The playing was very fine and the acoustic saw the lines delineated in quite a peculiar, but nonetheless effective, way. It may still be the case that this fairly spacious house is better suited to showing off opera than more intimate chamber works, but it worked well enough for this repertoire, and next year when the furnishings inside have been completed it may feel very different again.

Accordionist Ksenija Sidorova joined the Sinfonia Cymru to play an arrangement of J. S. Bach’s Concerto in D minor, in which her hands ran over the keys with such speed and delicacy that it almost looked as if she was plucking a harp. At least over recent years we have not been accustomed to hearing Terfel tackle the Baroque repertoire, but his performances of ‘Si, tra i ceppi’ from Handel’s Berenice and Mozart’s concert aria ‘Io ti lascio’ (the first half’s only journey into the Classical repertoire) were certainly fine, while his delivery of ‘Ombra mai fu’ from Handel’s Xerxes showed particular care and attention to detail.

The first half ended with a performance of J. S. Bach’s cantata Ich habe genug, in which the solo oboe playing was especially accomplished. The performance was accompanied by Zenaida and Yury Yanowsky dancing, with the latter having choreographed the routine. This was very effective as their movements played out all of the anguish that the words expressed, although it felt less successful when a dancer’s body seemed to go into a spasm. While Bach’s music is so flexible that almost any movement can be made to fit its rhythms, this particular one did not seem to work particularly naturally with the flow of the piece.

During the performance Zenaida Yanowsky sometimes interacted with Terfel as he sang. In Song Without Words, which utilises a Bach-Busoni Chorale Prelude, that began the second half, she similarly brushed past and glanced towards the solo pianist as they both entered from opposite sides of the stage. This piece had been choreographed by Will Tuckett in response to the death of a friend in the 2004 tsunami, and was deeply moving.

With the exception of two accordion pieces played by Sidorova, the only non-vocal instruments to feature in the second half were the piano (played by Iain Burnside) and violin (David Alberman). Terfel sang several pieces including two songs from the Celtic Isles and two by Schubert. The first of these, ‘Auf dem Wasser zu singen’, Terfel explained, was the first Schubert song that he ever studied, while the other, ‘Litanei auf das Fest Aller Seelen’, was the most recent thing he had learnt. Terfel interacted with the audience more in the second half as he introduced the pieces and shared the odd joke. His greater sense of ease certainly showed, and it was a joy to hear the little known ‘Son lo sprito’ from Arrigo Boito’s Mefistofele, which proved that Boito was not merely ‘Verdi’s librettist’ but rather a talented composer in his own right. Terfel performed it with great gusto and his wolf whistles within it were surely the best one will ever hear, even if those that accompanied the applause that followed may have run them pretty close! The second half still contained much gravitas, however, as Terfel also performed Wotan’s ‘Abendlich strahlt der Sonne Auge’ from Wagner’s Das Rheingold.

The evening ended with the pas de deux from After the Rain. This is a piece that Christopher Wheeldon, the choreographer of the current production of An American in Paris on the West End, created in 2005, utilising Arvo Pärt’s Spiegel im Spiegel for this section of it. Yanowsky and Reece Clarke had performed it as recently as last March at the Royal Opera House and their execution here was nigh on perfect. With them effortlessly capturing the piece’s iconic pose, which sees her assume a diagonal shape in mid-air as she perches on his thigh, the performance capped an evening that could feel as profound as it was frequently joyous.

For details of all events in its 2017 season visit the Grange Park Opera website.