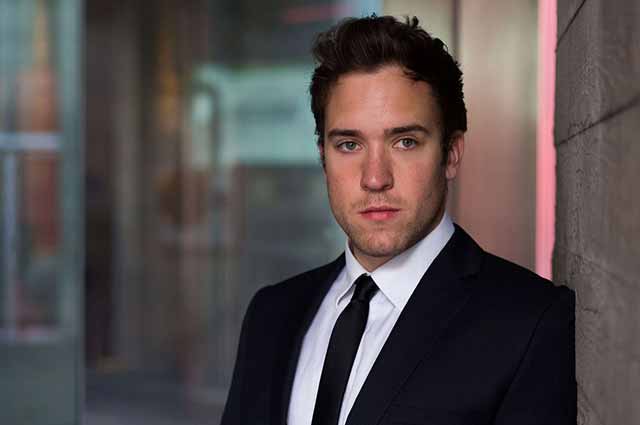 Like its current production of Madama Butterfly, West Green House Opera’s Candide, which is presented in John Caird’s 1999 version for the National Theatre, is directed by Richard Studer and conducted by Jonathan Lyness. It also features the same basic set, comprising a backdrop that reveals James Wyld’s 1861 map of the world divided into vertical panels, and here hints at the wide geographical area that the protagonists cover in their travels. However, while Madama Butterfly kept the staging quite calm so we could focus primarily on the character’s emotions, Candide, which is a very different beast, feels dynamic from start to finish.

The main stage area is largely empty, but several trunks prove the most flexible of props in a piece in which so much travelling takes places, while the cast itself provides much of the visual interest. For example, when Candide sings ‘Life Is Happiness Indeed’ the chorus surround him fluttering their hands to portray birds, while Candide and Cunegonde perform ‘Oh, Happy We’ perched on the trunks pushed together. They are used in the story at every turn as Cunegonde is hidden or found in them, and Don Issachar and the Archbishop are bundled into them after Candide inadvertently kills each. They also become a canoe that Candide and Cacambo paddle in and the boat that Candide sinks in, with wheels allowing them to ‘float’ across the stage.

Many props are absent so that the cups the soldiers toast with and the sword Candide kills with are imaginary. This directorial decision was presumably made to keep things simple, but it introduces some humour as people fall dead when nothing has actually touched them. Similarly, horses are portrayed by the riders creating the necessary galloping effect while tapping out the thunder of hooves with their feet. If, however, the staging is kept minimal, the costumes are lavish as they portray traditional Westphalian dress and the exotic clothes of Eldorado. Many of the songs are transformed into all-singing and all-dancing numbers, courtesy of choreographer and soprano Corinne Cowling who dances herself, with the large ‘What’s the Use?’ proving to be one of the evening’s highlights.

The orchestra is only sixteen strong, but it plays with both clarity and zip so that even though (or perhaps because) there is only one to a part, every line in the Overture comes across extremely clearly. Robin Bailey in the title role has a highly impressive tenor, and just the right smile to capture the innocence and naivety of one who is all too ready to believe what Dr Pangloss tells him that we live in the best of all possible worlds. Ben McAteer is excellent as the Narrator and Dr Pangloss, with a commanding baritone and particular aptitude for addressing the audience in a ‘matter-of-fact’ manner, while Katherine Marriott, with her strong mezzo-soprano and presence, is excellent value as The Old Lady, especially in ‘I Am Easily Assimilated’.

Fflur Wyn is outstanding, with her operatic soprano contrasting with the musical theatre voices that usually take on the role of Cunegonde so that ‘Glitter and Be Gay’ feels a lot richer than normal, and the coloratura more effortless. The song is also performed well as Wyn stands against a sheet that she can use to reel in Don Issachar and the Archbishop, but that they can use to bind and control her, thus exploring the relative extents to which she is the exploiter or exploited. On top of the wonderful solo performances, the evening is made by an excellent chorus (many of whom take on roles) so that the final ‘Make Our Garden Grow’ is highly moving, especially at the point at which all of the voices come in and the orchestra cuts out to leave them singing a cappella.

This year has seen the leads from both Candide and Madama Butterfly perform in Midday Music events in West Green House Opera’s Lakeside Pavilion, accompanied by Charlotte Brennand on piano. Wyn and Bailey sang on the 22 July while the second performance of Candide was preceded by a recital from the stars of Madama Butterfly, Katie Bird and Robyn Lyn Evans. Revealing the same full-blooded soprano and expansive tenor as were on display in the Green Theatre, they put on an extremely high class performance singing arias such as ‘Oh mio babbino caro’ and duets that included ‘One Hand, One Heart’ from West Side Story. The highlight, however, came when Bird performed ‘Si, mi chiamano Mimì’ before Evans joined her for ‘O soave fanciulla’, with the pair working their way to the back of the auditorium at the end so that the final note, as Puccini had prescribed, came from offstage.