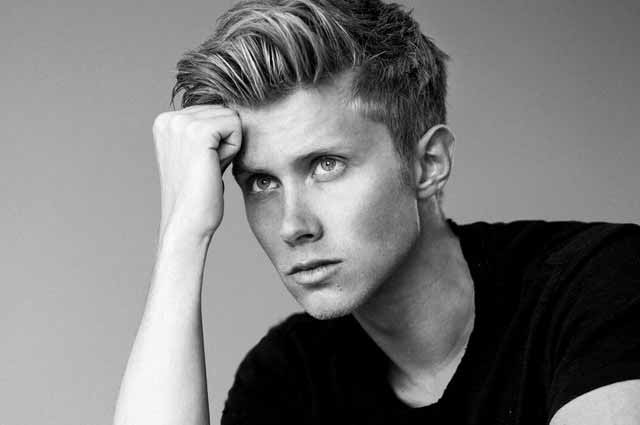 With 2018 marking the centenary of Leonard Bernstein’s birth, London is well served by performances of the composer’s works. In February The Jazz at Lincoln Center Orchestra performed an all-Bernstein programme at the Barbican, while John Wilson will be conducting a concert performance of West Side Story and semi-staged version of On the Town at the Proms.

However, to experience Candide, the operetta that has possibly undergone more revisions and versions than any other in history, one must venture to summer opera venues outside the capital. West Green House Opera presents the work towards the end of July, while The Grange Festival rounded off its 2018 season with a concert performance of the piece.

In many ways, this ‘no frills’ presentation achieved ‘the best of all possible worlds’. First, it featured the Bournemouth Symphony Orchestra, under the baton of Alfonso Casado Trigo, which meant that the score was handed colours, textures and a richness that are not heard when it is executed by smaller forces. Most striking of all was the sheer musicality of the playing, so that in the Overture the languid, lyrical lines rubbed shoulders seamlessly with the tauter, tumbling rhythms. The precision was obvious, but it was used as a starting point to capture the true spirit of the piece so that the Entr’acte carried just enough of a ‘dirty’ edge.

The cast came from the worlds of opera and musical theatre, which is often the case when summer opera venues tackle musicals or operettas in order to maximise on what each person can bring to the table. From the musical theatre end of the spectrum came Rob Houchen as Candide and Katie Hall, recently seen as Laurey in Grange Park Opera’s Oklahoma!, as Cunegonde. Houchen brought a convincing sense of youthful innocence and naïve optimism to his persona, as his voice was extremely pleasing as it expanded to the full. Hall hit all of the high notes, both physically and metaphorically, in ‘Glitter and Be Gay’ as she gave an astutely observed and nuanced portrayal of the story’s ‘heroine’.

Rosemary Ashe threw herself completely into playing the Old Woman, with her performance of ‘I Am Easily Assimilated’ bringing the house down. Tenor Robert Murray, who played several roles, was able to bring an operatic grandeur to ‘My Love’, while the only regrets with Charles Rice and Kitty Whately was that their parts of Maximilian and Paquette were not bigger so that we could hear more of them.

There were a few moments when the experience felt less overwhelming than it would have done with full scenery and mass movement, but more interesting was the way in which several factors minimised such difficulties while generating a dynamic all of their own. The first was the use of Richard Suart, English National Opera’s ‘long-term’ Ko-Ko in Jonathan Miller’s production of The Mikado, as narrator. The words he spoke replaced the normal dialogue and, by keeping the evening so focused, enabled us to relate to the operetta’s themes even more than usual. For example, as he told the story, it struck a particular chord when he said that surely wars over religion and ancestry no longer occurred.

Suart’s brilliant delivery possessed a certain ‘matter-of-fact’ objectivity, and yet his wonderful nuances, glances and asides, all nurtured through his illustrious career as a Gilbert and Sullivan performer, left no irony unexposed. On one occasion, he stumbled over his lines to the point of having to start the section again, and yet he sailed through the error by readily admitting it and making things even funnier in the process. Suart read from a script for the narration but, like every other performer, sang from memory as he stepped out from behind his stand and removed his glasses to play Dr Pangloss (and, on one occasion, Martin).

Although this was a concert performance, it did possess a director. If anyone was left wondering exactly what Christopher Luscombe had done, that only shows how effectively he had carried out his job because there were interactions, most notably in Cunegonde and The Old Woman’s ‘We Are Women’, and a little dancing. The point, however, was that these were kept to a level that suited the small venue and lack of staging, thus allowing a unique and appropriate atmosphere to be generated. In fact, by Act II every number was being met with rapturous applause as the audience could feel just how spot on the presentation of each was.

The set-up enabled ‘The Paris Waltz’ and the music portraying the shipwreck and earthquake to stand out in their own right, rather than simply feeling as if they were supporting a spectacle. The Grange Festival Chorus was also excellent, donning shades for the tango rhythms of ‘I Am Easily Assimilated’ and, through the brilliance of their sound, capturing all of the irony in cheerily singing ‘Bon Voyage’ as they watch a ship sink. When soloists and chorus alike joined in the final number ‘Make Our Garden Grow’ it created the most moving ending imaginable, and ensured that The Grange Festival’s 2018 season ended, quite deservedly, with a standing ovation.