by Keith McDonnell
published: 18 May 2015 in Opera and Classical Reviews
Tweet 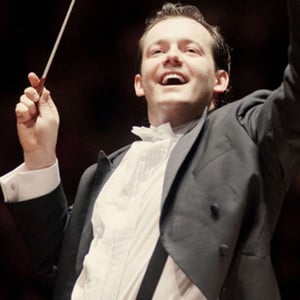 As Andris Nelsons’ tenure at the helm of the CBSO draws to an end, given his proven track record in the opera house, and following on from his successful annual forays with his Birmingham orchestra into the operatic repertoire, it was inevitable that he would want to programme a complete opera as part of his farewell performances. In choosing Wagner’s final work for the operatic stage, the strange, emblematic, quasi-religious Parsifal, Nelsons certainly wasn’t shirking from a challenge. With just over four hours of music, choruses both on and off stage, and the need for a line up of exceptional soloists, tackling this piece is not for the faint hearted.

Nelsons has a fine Wagnerian pedigree, and it speaks volumes for the evident rapport he has with his players that on minimal rehearsal (just under a week) he achieved such thrilling results; indeed this was as luminous, deeply-felt and breathtakingly played a performance as it’s been my privilege to hear. The security of the playing belied the fact that few if any of the players had ever performed Parsifal in its entirety before – they gave the impression that they have Wagner’s music in their bones, which of course they do not. To say it was on a par with the Berlin Staatskapelle’s performance in Berlin is no exaggeration; no praise can be too high for the way in which all sections of the orchestra delivered this glorious score – to say it was breathtaking would be an understatement.

Nelsons had such a sure grasp of the architecture not only of each act, but also of the piece itself, that the ebb and flow was faultless. Speeds were on the swift side, but each was judiciously chosen. The Prelude was radiant, the strings glowing, supported by beautifully moulded woodwind and brass whilst the transformation music in both outer acts was sublime. The Grail scene was incandescent, whilst there was plenty of bite and venom in Klingsor’s music, which lent an enormous sense of urgency to this central act.

Given the importance of the occasion, no expense had been spared in assembling a world-class line-up of soloists. Burkhard Fritz quickly overcame a tendency to resort to bluster in the first act, developing into an ardent, virile Parsifal in Act II where his encounter with Mihoko Fujimura’s impassioned Kundry certainly turned up the heat. Both singers’ voices were flattered by the marvellous acoustic – his cries of ‘Amfortas’ pinned you to the back of your seat whilst her description of her encounter with Christ had you on the edge of it.

James Rutherford was a suitably distraught Amfortas, his outpourings of grief and anger really touching the heart, whilst Wolfgang Bankl was a malevolent, sardonic presence as Klingsor, with an inky-black voice to match. Above all, Georg Zeppenfeld was matchless as Gurnemanz. With his beautifully-bronzed voice, which is utterly secure throughout the role’s formidable range, he gave a magisterial performance. The clarity of his diction, and the purposeful way he inflected the text made his narration in Act I more gripping than I have ever heard it before. In Act III his performance scaled even greater heights; I’ve heard many singers in this role over the years, but none that came close to matching Zeppenfeld’s eloquent performance.

Fervent choral singing from the CBSO Chorus and a sensuous clutch of flower-maidens, set the seal on this outstanding performance; one that will live long in the memory and confirms Nelsons’ place in the pantheon of great Wagner conductors.