A Celebration of Rodgers & Hammerstein and Rodgers & Hart @ The Grange Festival, Alresford 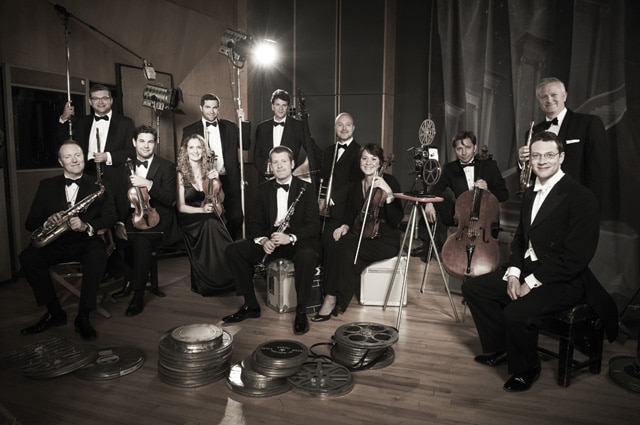 The idea of the perfect orchestra for the music in question performing in the perfect venue might conjure up thoughts of the Berliner Philharmoniker playing Mahler in London’s impending new concert hall. There is no reason, however, why we should not equally think of the John Wilson Orchestra at The Grange Festival. There is no ensemble better suited to playing the music of Rodgers & Hart and Rodgers & Hammerstein, as Wilson has devoted a sizeable proportion of his life to studying their classics, and with world class musicians  queuing up to play for him, the calibre of the instrumentalists could not be higher. The John Wilson Orchestra makes at least one visit to the Proms each year for what is always a highlight of the season, but the opportunity to experience its sound up close and personal in the most intimate of spaces is something that few places other than The Grange Festival provide.

The most striking thing about the John Wilson Orchestra is its sheer musicality, and when we hear it play, it feels as if we are experiencing the best of both worlds. Richard Rodgers’ output is catchy and instantly enjoyable with no need for analysis or prior knowledge of it. At the same time, it is exceptionally good quality music as the composer’s creations, like those of George Gershwin, Cole Porter and Harry Warren, constitute that branch of popular culture that, in terms of quality, is only a breath away from music that might fall under the category of high culture. As such, musically there is much in which to take an interest, and when the works are played so well their brilliance can be appreciated to the full.

A sizeable proportion of the programme consisted of orchestral numbers with no singing, and to hear ‘The Carousel Waltz’ played by a seventy-strong orchestra in which different lines were delineated so clearly, and yet rendered so sensitively, proved to be a deeply moving experience. The Oklahoma! medley that opened the programme, on the other hand, surely inspired every listener to rush to book tickets for the orchestra’s performance of the work at the Proms in August. Although the performances of Rodgers & Hammerstein were focused mainly on the five musicals that were also major hits as films – Oklahoma!, Carousel, South Pacific, The King and I and The Sound of Music – the concert also included the Overture to Flower Drum Song, which Wilson explained never garnered quite the same enthusiasm as the others.

The hook for the evening, however, was the disproving of F. Scott Fitzgerald’s assertion that “There are no second acts in American lives”. This is because after Rodgers’ ‘first act’ working with Lorenz Hart he enjoyed a further one with Oscar Hammerstein II, and the evening featured music from both collaborations. Although this particular piece featured no lyrics, the performance of the ballet ‘Slaughter on Tenth Avenue’ was a particular highlight from the Hart years as the solo violin’s rendering of the famous section was almost painfully beautiful.

While the John Wilson Orchestra’s appearances at the Proms naturally include a chorus, all of the singing here was provided by the evening’s four soloists. Once again this really aided the intimacy of the occasion while hardly restricting the potential repertoire at all. For example, ‘I’m Gonna Wash That Man Right Outa My Hair’ worked as a ‘duet’ with one singer playing the part of Nellie Forbush and the other essentially acting as the chorus.

All four singers embraced every role that they sang, and it was enjoyable to see such astutely observed character studies in all of their detail because they stood so close. The extremely high calibre soloists came from both musical theatre and opera backgrounds, although their performances proved that there is not always a clear divide between the two camps. Kim Criswell showed how she is virtually peerless at putting on a performance in this type of repertoire, and her rendition of the dark but hilarious Rodgers and Hart number ‘To Keep My Love Alive’, with its delicious rhymes, was excellent.

Nadim Naaman really entered the roles of Curly in ‘People Will Say We’re In Love’ and Billy Bigelow in ‘If I loved You’ as he displayed a strong, expansive and highly pleasing sound. Scarlett Strallen revealed a beautifully sweet voice that clearly possessed operatic qualities. Like the Rodgers and Hammerstein heroines that she played her performances were multi-faceted as she captured the sweet, love struck innocence of the characters on the one hand and the depth, strong-mindedness and intelligence of them on the other. Morgan Pearse, who has played Figaro in English National Opera’s The Barber of Seville, revealed his superb operatic baritone, which was possessed of seemingly infinite warmth, firmness and strength. It is hard to picture performances of ‘This Nearly Was Mine’, ‘Some Enchanted Evening’ and ‘Come Home’ (from Allegro) ever feeling more engaging than they did when delivered by him in this venue.

The final piece on the main programme was ‘June Is Bustin’ Out All Over’ in which the performance included the complete music to the song’s dance sequence. This was most welcome because many full productions of Carousel, including ENO’s last April, decide that they cannot commit the resources to executing such a lengthy physical routine and consequently cut the music that accompanies it. The encore was a performance of ‘You’ll Never Walk Alone’, in which the audience was invited to participate. In the event, its contribution may have felt a little muted but who would ever have wanted to risk drowning out the superlative music making emanating from the stage of The Grange Festival?

For details of all events in its 2017 season visit The Grange Festival website.