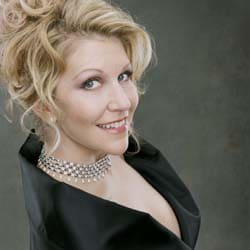 Cendrillon is not Massenets best-known work. A distinct lack of catchy tunes, combined with a fairly staid set of musical ideas, unfortunately make the score of this opera instantly forgettable, although it has some beautiful moments. To make Cendrillon work, it needs to be combined with extremely innovative direction. Fortunately, the Royal Opera Houses latest production of Massenets opera has just that.

Director Laurent Pellys brilliantly simple concept behind his production takes the form of an ever-present backdrop of an illuminated manuscript of the French fairytale. Sometimes flat, sometimes manipulated into the shape of an open book, we are consistently made subconsciously aware that this tale is fantasy, and a snapshot of light relief from the real world. The characters literally leap out of the book at the audience it almost as if they are coming to life on the page. This clever backdrop acted as the house of Pandolfe, the walls of the Palace, the night sky and the city without ever seeming incongruous.

The beauty in this production wasnt just confined to the set, however. A fantastic plethora of chorus and dancers worked so seamlessly together that it was often difficult to tell where the singers stopped and the dancers began. The brilliantly energetic chorus portrayed multiple roles throughout the night: firstly as a terrified bunch of servants escaping their formidable mistress, next as the fairy spirits (all disguised as clones of Cendrillon, making for an ethereal and magical transformation scene), and finally as courtiers and dancers at the ball. Particularly humorous were a gaggle of four extremely talented dancers, who appeared again and again to try to attract the Princes attention. The male chorus also created a brilliantly comic line-up of buffoonish palace servants, somewhat reminiscent of a bumbling G&S male chorus.

The props used throughout this production are also universally attractive, particularly Cendrillons fairy carriage, which was pulled by four extremely realistic twitching horses. However, some of the most spectacular visual effects came in the form of Laurent Pelly and Jean-Jacques Delmottes fabulous costume designs. From the sublime (Cendrillons exquisite ball gown) to the ridiculous (a wonderful parody of the modern catwalk during the guests entrance to the ball), Pelly and Delmotte covered a multitude of innovative ideas in their costuming.

A uniformly strong cast, coupled with the excellent ROH orchestra, contrived to make this production a musical feast. Joyce Didonato in the title role captured the Cendrillons touching innocence, and her glittering soprano complemented her glamorous ball-gown scenes as well as highlighted the poverty of Cendrillons existence in her scenes at home. Despite the occasional insecurity of some of her top note pianissimi, hers was an interesting and varied performance. Jean-Philippe Lafont as Pandolfe manoeuvred seamlessly between his basso buffo moments and his incredibly moving father-daughter scenes with Cendrillon: his expansive bass-baritone lent itself equally well to both sides of his character. Another fine bass-baritone materialised in the form of Jeremy White as Le Roi, whose red costume and long white beard made him look rather like Father Christmas.

Ewa Podles was one of the comic stars of the night in her role as Madame de la Haltiere, whom she portrayed as a pantomime-dame evil stepmother, complete with mad histrionics. A rich and vibrant contralto voice (extending down to a powerful bottom E-flat in the first act) added even more weight and humour to her performance. Also hilarious was the double-act of the wonderfully spoilt Ugly Sisters, portrayed by Madeleine Pierard and Kai Rtel, whose sprightly voices produced a pleasing blend, particularly in their trios with Podles. Mincing around the stage in a variety of unflattering outfits, they rather reminded me of a pair of boiled sweets one wonders if a couple of modern-day princesses at a recent royal wedding were perhaps their inspiration?

Vocally, the best performances for me came from Alice Coote as Le Prince Charmant and Eglise Gutirrez as La Fe. Cootes warm yet calm mezzo-soprano is unique and inspiring, and her portrayal of the bored and sulky young prince so dazzled by Cendrillon was completely heart-rending. Gutirrez as the enchanting sylph-like Fairy Godmother negotiated an extraordinarily virtuosic soprano role without a hint of strain, and also appeared consistently glamorous in a beautiful silvery gown complete with wand and wings. A vibrant and mesmeric sound extended right through her impressive range, and she displayed immaculate coloratura, perfect intonation and an impressive array of dynamics throughout her performance.

This gorgeous production dazzles from start to finish. Ideal for opera newcomers and connoisseurs alike, it is entirely accessible without ever being patronising, and intelligent without being over-complex. Pelly combines the best of the opera and pantomime worlds to form a production that is both entertaining and deeply touching. This was the first ever performance of Cendrillon at the Royal Opera House, but this production deserves to be revived throughout Britain, Europe and the wider world.