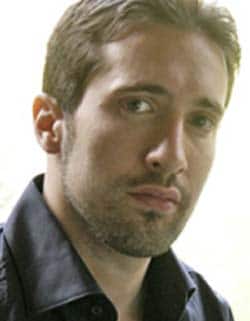 Though the players in the Charities Philharmonia are only in their 20s, their performance of the great Symphony No. 7 (also known as “Leningrad”) by Shostakovich was a triumph by any standard.

Many of the orchestra are seasoned young professionals (including a current BBC Radio 3 Young Artist among the first violins) but the lion’s share of the success belongs to conductor Michael Alexander Young.

A second prize winner at two prestigious conducting competitions (Leeds 2005, Pedrotti 2006) Young has an excellent conducting technique as well as a thorough knowledge of music.

The 80 minute long Leningrad symphony took up the second half of the concert. The opening movement (Allegretto) demands, and on this occasion received, tight control. Young and his players excelled in Shostakovich’s drawn out crescendo and they reached a truly triumphant climax. The percussion solo, a main feature during the whole of this movement, was excellent, as was the famously difficult bassoon solo towards the end of the movement.

The architecture of the second movement (Moderato) as well as the third movement (Adagio) was made lucid by well-paced transitions between various orchestral passages. Though it was through lack of space rather than artistic design, placing 13 brass players on two sides above the stage resulted in truly victorious sounds. Perhaps this layout should be used at all performances of the symphony. Young’s use of his whole body for driving the action in the fourth movement secured the controlled but triumphant finale. Occasionally some of the players did not observe Shostakovich’s dynamics but this is a tendency in many orchestras.

Before the interval we heard Rodrigo’s Concierto de Aranjuz for guitar and orchestra. Soloist Morgan Szymanski gave a deeply moving rendering of the middle movement (Adagio). Indeed, the conclusion of the movement was magical. Szymanski was appropriately gentle in the third and last movement marked Allegro gentile but the stronger loud passages – perhaps because of their extreme technical difficulties – did not always convey strength. In the opening movement I would have preferred a sharper characterisation of rhythmic patterns, but flamenco rhythms might need softer treatment. Conductor and orchestra gave excellent support, which included a beautiful cor anglais solo as well as a short but very stylish cello solo.

The concert opened with the Overture to Kabalevsky’s opera Colas Breugnon. It is a vivacious piece for a large opera orchestra. All sections of the piece are fast, to different degrees; tempo markings are given as Allegro and Presto. Though the piece is pleasing, it can be also regarded as a good warm-up number. As the Charities Philharmonia demonstrated throughout their concert, the programme was well thought out.