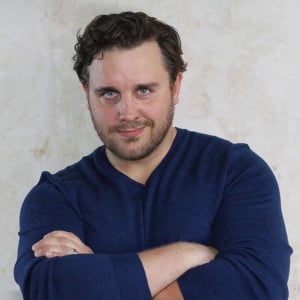 With the chief protagonist dying at the end of Act II, Massenet’s five-act Le roi de Lahore (1877) is an unusual yet meritorious creation. Set in India at the time of the eleventh century Islamic invasion, the story sees the King of Lahore’s chief minister Scindia declare his love for Sitâ, a priestess of the temple of Indra. When she rejects his advances, he jumps on her admission that every day a young man comes to the temple and speaks to her of love to demand her death. Sitâ proclaims she has never broken her vow of chastity, but the crowd support Scindia, and it takes King Alim’s admission that he is the man in question to silence them. Nevertheless, the ruling of Timour, the high priest of Indra, is not entirely favourable to Alim who is ordered to atone for his actions by leading an army against the Muslim invaders.

When Alim’s soldiers are defeated in battle, and he mortally wounded, Scindia declares himself king and orders everyone to retreat. Alim then appears to point out he is not actually dead and that it was Scindia who struck him. He orders the army to continue fighting, but everyone flees apart from Sitâ, and Alim dies in her arms.

In the Garden of the Blessed in the Paradise of Indra on Mount Mérou, Alim begs Indra to return him to earth and Sitâ. He is granted his wish on the conditions that he returns as the lowliest of men rather than a monarch, and that he dies when she does. Back on earth he confronts Scindia, who, despite having the upper hand, is beaten when Sitâ commits suicide, which causes Alim to die as well. Scindia is left unable to do anything other than prepare himself for the punishment of the gods.

Although the opera itself is hardly light-hearted, there is an overwhelming exuberance to the score that ensures it packs quite a punch. It has something of both the monumentality and mischief of Berlioz, and the inclusion of a ballet in Act III reminded me a little of Les Troyens. There is a recurring motif, perhaps best described as a brass fanfare combined with strident, menacing strings, that is as impossible not to hum as the standout themes from Der fliegende Holländer and Die Meistersinger von Nürnberg are following performances of those. On the other hand, there are many tender moments including the stirring duet ‘Oui, je bénis la souffrance’ between Alim and Sitâ towards the end of Act II.

Renato Balsadonna may be better known as Chorus Director at the Royal Opera House, but proved here what an exceptional conductor he is by leading the Chelsea Opera Group in an excellent display of precision, drama and musicality. The cast was also strong, with the singers having a plethora of appearances at the Royal Opera House and other world class venues to their name.

Michael Spyres as Alim revealed a brilliantly full and rounded tenor sound that was tempered by  lightness. As Sitâ, Anush Hovhannisyan’s voice could feel rich and vibrant, and yet also smoky and spiritual. William Dazeley was an excellent Scindia who cleverly utilised his baritone voice to demonstrate malevolence alongside a degree of desperation, while Jihoon Kim as Timour asserted his all-embracing bass to give a performance of utmost sensitivity.

Joshua Bloom was superb as both the Army Chief and Indra (having replaced an advertised Robert Lloyd in the latter role), while Justina Gringyte was a highly pleasing and effective Servant to the King. On a major opera house stage, some of the cracks in the piece’s story might have shown to a greater extent, but in the intimate Queen Elizabeth Hall, with the Chelsea Opera Group giving it their all, we were far more inclined to be overwhelmed by the brilliance of the sound than to worry about the weaknesses of certain plot points.

The Chelsea Opera Group will perform Verdi’s Ernani at the Queen Elizabeth Hall on 3 July 2015.