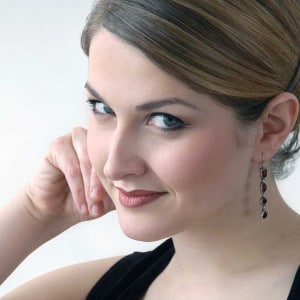 Although appearing at the Royal Opera House in 2009, Bellini’s I Capuleti e i Montecchi is not performed with quite the same frequency as Gounod’s Roméo et Juliette or Berlioz’s eponymous symphony. Bellini did, however, present a less literal and more innovative take on the Shakespeare play than Gounod, or indeed Prokofiev in his ballet version.

Romeo has already killed Capellio’s son before the opera starts, which places him in an unusual position. In the original he and Juliet are young innocents caught up in a world that makes no sense to them. Here Romeo, as leader of the Montecchi, is the counterpart to Capellio, chief of the Capuleti, although psychologically he is several steps ahead. He is already battle scarred, and to avoid further bloodshed offers peace to the Capuleti in return for Giulietta’s hand.

If anything, Tybaldo, who is betrothed to Giulietta, is far more naïve than Romeo, even if this in itself leads him to automatically support Capellio’s vengeful ways. Although Romeo and Giulietta suffer the same fate as usual, there is no sense in which both families were equally at fault for the lovers’ demise. Rather the finger is pointed firmly at Capellio for his hardness of heart.

In the relatively intimate Queen Elizabeth Hall, the Chelsea Opera Group delivered a very strong concert performance, in Italian with English surtitles. The stagecraft was kept simple with all five soloists remaining at the front of the stage throughout. The one exception was if a character did not appear until halfway through an act, in which case they simply entered at the right time, but generally they simply sat down when not required in a scene. Although all soloists had music in front of them, they were not buried in it and all put in expressive performances.

As Giulietta, Ana Maria Labin had a soprano voice of glistening radiance and she knew just how much vibrato to apply to make her sound  impassioned or vulnerable. Catherine Carby, also currently appearing as the Voice From Above in the Royal Opera’s Die Frau ohne Schatten, had an equally vibrant, and at times thrillingly dark, mezzo-soprano that suited the part of Romeo well. Stylistically, there were enough similarities in their voices to make them work well together, and ample differences to delineate the two characters and genders.

As Tebaldo, Christopher Turner revealed a powerful yet supple tenor voice and demonstrated excellent phrasing. Graeme Broadbent as Capellio demonstrated a brilliantly assertive bass and proved a strong actor as he reacted to everything going on around him, while David Soar as Lorenzo brought forth his own thick, dark bass sound. Conductor Robin Newton extracted precise yet emotive playing from the orchestra, while the chorus also proved in fine shape.