A Child Of Our Time @ Royal Festival Hall, London 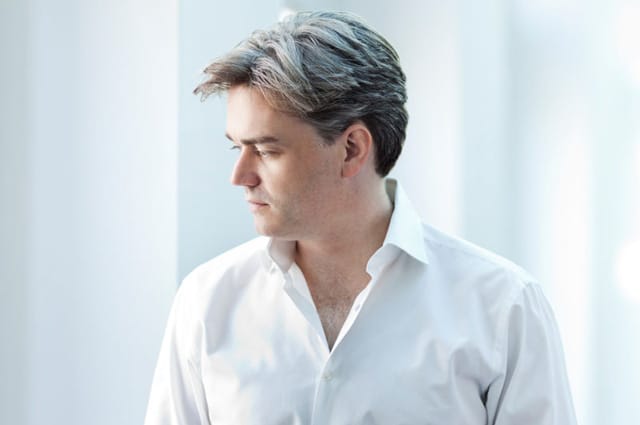 In the days of vinyl, Mendelssohn’s violin concerto was sometimes paired with his incidental music for ‘A Midsummer Night’s Dream’; at Monday night’s gala concert in aid of The Refugee Council, the fairy quality of Shakespeare’s classic certainly inhabited the account of the concerto by Hilary Hahn with the London Philharmonic Orchestra and friends under Edward Gardner.

Gardner’s conducting was expressive and controlled, and he coaxed some beautifully delicate sounds from the orchestra: the array of six cellos and four basses gave us the gentlest of bass lines; the woodwind ensemble throughout was fine-grained, and featured, in the third movement, some dainty bubbling from the clarinets; the horn counter-melody in the same movement combined surety with lightness of touch. Hahn’s performance was complementary to all of this – full of gossamer-light playing (the little arpeggio flicks at the opening of the third movement were whispers of sound), bringing out the sweetness of her instrument, and supplying a little power where needed. She avoided cloying romanticism (allowing only the merest hint of schmaltz in the first-movement cadenza) reminding us that, while Mendelssohn may be seen as a Victorian composer, Schumann’s comment about him being ‘the Mozart of the nineteenth century’ holds true. It was a pleasure to hear a touch of fairy magic giving this old warhorse not an ass’s head, but the legs of a thoroughbred.

Michael Tippett’s oratorio ‘A Child of Our Time’, recounting a story of Jewish persecution in the Second World War, was always meant, as its title suggests, to be timeless (his incorporation of Spirituals, reminding the listener of slavery in the USA augments this), but it is good to be reassured that the composer’s vision for the piece still holds true. The words of the ‘Chorus of the Self-righteous’ (“We cannot have them in our Empire. They shall not work, nor draw a dole …”) retain a chilling potency in today’s world, and the work’s programming in a concert to raise money for child-refugees was entirely apposite.

Gardner once again exerted iron control over the larger orchestra and chorus (London Philharmonic Choir and friends), such that the dynamic range of the piece was fully explored: the subdued instrumental interludes for two flutes and viola in Part One; the quirky contrapuntal passages under the alto solo ‘The soul of Man’ in Part Three; the full-on solidity of ‘Go down, Moses’, the Spiritual of Anger, in Part Two.

The chorus gave a sterling performance, making melodic sense of Tippett’s angular fugue subjects in ‘We are a seed’ and ‘Burn down their houses!’, and providing some magnificent control over dynamic in the Spirituals, wringing every last bit of emotion from them.

The four soloists were a more mixed group. Sophie Bevan’s voice below the stave has quite a spread quality, with an edge to it, that was perfect for her role as intimidated Mother, but her top notes, (both floated and soaring) in the Spirituals were sweet and clear, adding that extra dimension of shiver. The rich sonority of Brindley Sherratt’s bass voice gave gravitas to his (off-book) role as Narrator, and a magnificently unyielding quality to his declamations in ‘Go Down, Moses’. Alice Coote brought an edgy creaminess to the alto solo, but she seemed perhaps a little unfamiliar with the part. Alas, the weakest of the soloists was Toby Spence; his English-lyric-tenor works well for a little Schubert or Britten with a piano (and with the gentle Habañera of ‘I have no money’), but it was sadly outgunned by the orchestra in his big moments in ‘Steal Away’ and ‘Nobody Knows’.