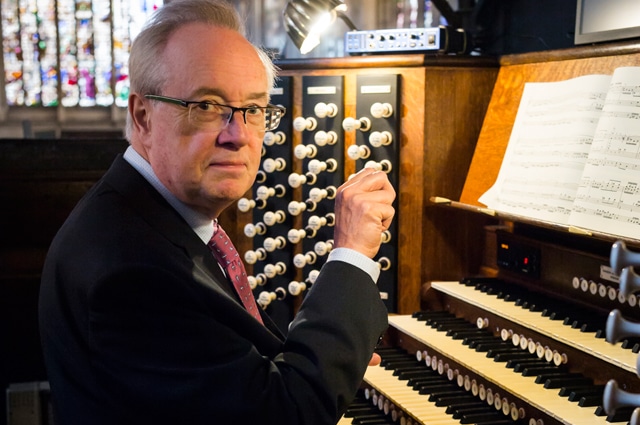 Handel’s 1718 Brockes-Passion is a bit of a rare treat; in the flurry of Passion-themed concerts before Easter it tends to be displaced by Bach’s more popular (and later) Passions, and performances of Messiah, but it is worth listening to as it may have provided Bach with a template to work with for his own settings, and it is a rare work by Handel in his native language.

Brockes’ rhyming text is a somewhat over-embellished paraphrase of the scriptures, but Handel took a fairly no-nonsense approach to setting it; indeed, given that the work comes from the beginning of Handel’s success as a composer of Italian opera, it is surprising that it is not longer and more decorated. Much of the recitative is accompagnato, and it is not all sung by the Evangelist, so it doesn’t feel too dry, the choruses are limited to short chorales or ‘crowd effects’, and only a handful of the arias contain repeated sections.

Under Stephen Cleobury’s direction on Friday night, The Hanover Band, King’s College Cambridge choir and a selection of accomplished soloists gave a suitably sprightly performance of the work. King’s College Cambridge choir can sometimes sound a little out of place in some more modern pieces, but this suited their tone perfectly, and they delivered the chorales with just the right degree of asceticism; from their crisp delivery of the single-word responses in Eilt, ihr angefochtnen Seelen it was easy to see how Bach might have been influenced to write similar passages for the opening chorus of his Matthäus-Passion. It was also a delight to hear the word ‘pfui!’ sung by a chorus in a baroque work!

The soprano Helen Jane Howells had very little to do in the first half, but her sweet bell-like tone pervaded the second half as The Believer (Gläubige Seele), the main commentator on the crucifixion. Benjamin Williamson’s counter-tenor was, perhaps, the least characterful of the soloist voices, and it worked best in the well-blended trio O Donnerwort! The bass, Morgan Pearse is a newcomer to the English musical scene, but he is definitely one to watch, as his incisive sonority marked him out as arguably the biggest voice on the stage.

The main plaudits of the evening, though, must go to the four principal soloists. Alish Tynan’s voice is, by turns, lusciously creamy, bell-like, and breathy, and she used all of these dramatic effects to the full; her long plaintive phrases in counterpoint to a keening oboe in Die ihr Gottes Gnad’, and her restless delivery of the unexpected cadence resolutions in Was Bärentatzen were the highlights of the evening. Edward Grint is a regular these days in historically-informed performances, and his voice for Jesus was perfectly deep and sonorous, if perhaps a little more vibrato-laden than usual. The two tenors were splendid throughout: Ed Lyon as Evangelista was as light and effortlessly dextrous as the part requires, and Ben Johnson’s tour de force as Petrus at the end of the first half (five arias and two recitatives, all practically adjoining) was breathtaking – in particular, his high-octane performance of Gift und Glut.

As always, The Hanover Band produced a delicious variety of timbres, and responded well to Cleobury’s direction. The two bassoons were magically rich in Was Wunder, and it was delightful to hear Anthony Robson’s oboe once more, particularly in the dry-your-tears unison passages with Helen Jane Howells in Wisch ab der Tränen.