Live, audience attended concerts are back at the Wigmore Hall. Keith McDonnell can barely contain his joy. 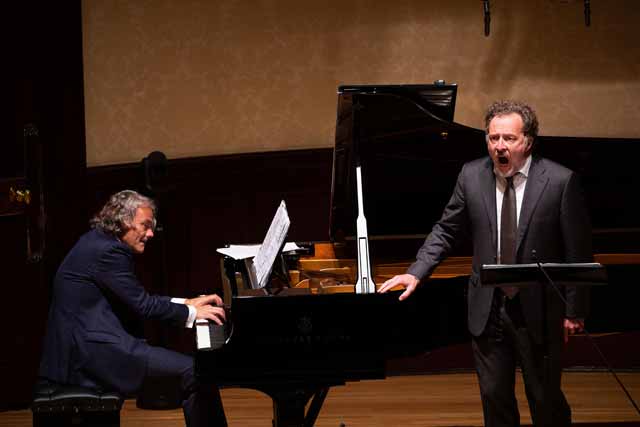 On Sunday, the Wigmore Hall welcomed back its first audience for a recital in over six months. The wait has been long, and for those of us for whom classical music is an integral part of our lives, unbearably painful. But we did it, or rather John Gilhooly did it. The Hall’s indefatigable artistic director has left no stone unturned to ensure live music filled its celebrated portal as soon as it was safe – starting with recitals in June to an empty hall, but streamed for free on the website – to this, the first of 100 events in front of a paying audience, which will take place whatever may happen next.

Although unable to allow the usual audience numbers, due to COVID-19 restrictions, 112 of us (roughly a fifth of the hall’s capacity) were there to witness the starry season opener – renowned German baritone, Christian Gerhaher, and his regular accompanist, pianist Gerold Huber perform a fascinating programme of Schubert and Berg lieder. Of course, concessions had to be made in order to comply with government regulations. There were no printed programmes (although text and translations were available on the website to download), we had staggered entry times to the hall – our temperatures were taken on entering the building – and the recital lasted an hour and fifteen minutes with no interval. 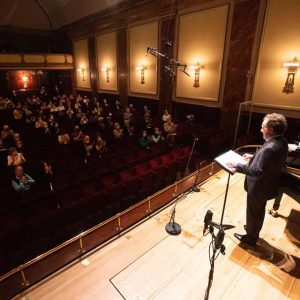 The selection of lieder by Schubert and Berg were interweaved with each other in such a way that these two diametrically opposed composers, miraculously appeared to complement each other. In the opening song, ‘Abendbilder,’ one marvelled at Gerhaher’s immaculate pointing of the text, the half-shades, the coruscating palette of colour he is able to summon and transform from note to note, bar to bar, revealing what a master of this art form he is.

He and his sensitive accompanist Gerold Huber have formed an indivisible partnership where they breathe as one, so the sense of common purpose throughout these opening Schubert songs, ‘Himmelsfunken’ was the second, was palpable. Indeed, throughout the evening all the Schubert lieder were delivered with an innate sense of style, yet for us the emotional crux of the evening was a superlative performance of Berg’s Altenberg Lieder.

These five songs, set to short texts, or picture-postcard texts as they’re known, by the Viennese poet Peter Altenberg, reflect upon the conflicted nature of the soul and the desire for love and longing. Each makes huge demands of both the singer and accompanist, yet held no terrors for either Gerhaher or Huber. True, there were the occasional moments when the sheer beauty of Gerhaher’s voice glossed over some of the grittier requirements Berg asks of the voice, but overall this was a masterful and enthralling interpretation of five of the most original and demanding songs in the repertoire. The three Schubert lieder which closed the programme, ‘Am Fenster,’ ‘Alinde’ and ‘Im Frühling,’ found Gerhaher on reflective form, whilst the single encore, ‘Auf dem Wasser zu singen, ‘was quite simply ravishing.

What an evening – and what joy to be back at the Wigmore Hall, in person, listening to two artists at the peak of their interpretative powers, performing to a live audience. Not only was it a privilege to be there, but very moving and uplifting as well.

All 100 concerts are available to watch live and on demand on the Wigmore Hall website, and if you do, please consider making a donation as this will help the Hall financially with its commitment to ensuring all artists receive their usual fee, despite the loss of box office income due to having to limit the number of spectators at each performance.