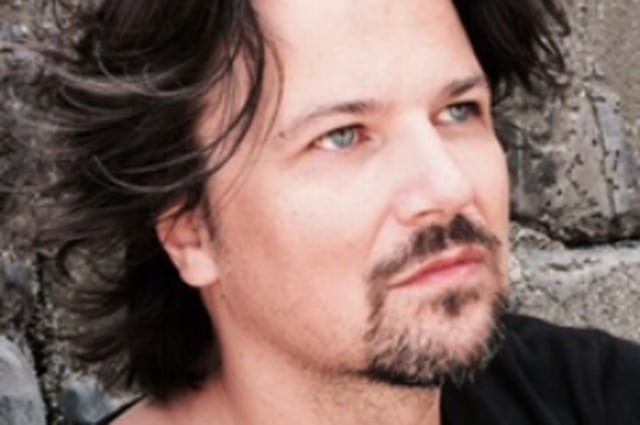 Rimsky-Korsakov’s Christmas Eve of 1895 was, like his opera May Night, based on a story from Gogol’s collection of Ukranian tales, Evenings on a Farm Near Dikanka. This story had already undergone the operatic treatment from Tchaikovsky who first wrote Vakula the Smith and then revised it to produce Cherevichki (The Little Shoes), which appeared at the Royal Opera House in 2009.

Rimsky-Korsakov wrote in his autobiography ‘I had always thought Tchaikovsky’s opera feeble, and the libretto by [Yakov] Polonsky worthless’ but added that ‘During Tchaikovsky’s lifetime I would not have been able to touch this subject without causing him distress’. He always felt, however, that he had a ‘moral right’ to the story and so after the slightly older composer’s death in 1893 he set about writing his own version over the winter of 1894-5.

The story tells of the blacksmith Vakula’s attempts to win Oksana, the daughter of the old Cossack Chub, who is quite dismissive of him. His mother Solokha is rumoured to be a witch, and, following a series of shenanigans that involve most of the men of the village hiding in sacks, Vakula has a breakthrough when he realises he actually has the Devil in a sack, and thus some power over him. The Devil consequently flies Vakula to St Petersburg where the Tsarina gives him a pair of her finest slippers. Vakula subsequently presents these to Oksana, and in the process seals their engagement.

Although the opera was ultimately a success, the journey to opening night was not without incident. When two members of the ruling Romanov family attended a dress rehearsal, they objected to a backdrop portraying St Petersburg’s Peter-Paul Fortress where their ancestors were buried, and to the Tsarina (taken to be Catherine the Great) being portrayed. This prompted a paint job to tackle the first problem, and the transformation of the offending character into a mere ‘Highness’, to be sung by a baritone, to meet the latter. In addition, Rimsky-Korsakov, by his own admission, made the libretto, which he wrote himself, too rich. For example, he made reference to Kolyada and Ovsen, two gods from Slavic mythology, who were not mentioned in Gogol’s story and simply reflected his own interest in this field.

There is some evidence that audience members were confused, and hence put off, by such inclusions, but the opera was acclaimed as a triumph, and, listening to its music, it is easy to see why. The exceptionally varied score has things to appeal to all facets of the ear and heart. Orchestral introductions to Acts I and II evoke an image of the Ukranian village of Dikanka, and conjure up vivid senses of the night sky and the supernatural. There is an air of the familiar as Solokha sings a folk carol, and of the comical as Chub encounters Vakula instead of the mother and consequently has to plead in a deliberately non-threatening voice ‘I came by just to sing a little carol’. Mass choruses of ‘Merry Christmas’ and, in the Finale, ‘Christmas Eve’ evoke the magic of the season, and yet there is particularly beautiful orchestral writing in the strings and wind as Vakula and the Devil fly to St Petersburg. The emotion contained within Vakula’s Act II aria, in which he sings of how love has taken its toll, and Oksana’s own in Act IV, as she laments treating the smith so badly, also create a somewhat deeper experience.

Christmas Eve may still seem to be quite a visual opera, but this concert performance (in English) from the Chelsea Opera Group proved just how much of the magic and imagery is generated by the music itself. The fact that rehearsal time would have been a fraction of that allotted to any fully-staged production may have been responsible for conductor Timothy Burke asking for relatively few variations in tempi across the evening. However, while this may have been necessary to ensure that the performance remained on an even keel, it did not prevent the music from feeling extremely evocative, and both the orchestral playing and chorus singing were of a high standard.

The performance as a whole was very spirited and effective, with dynamism being generated through the simplest of means. The scene in which four men end up hiding in sacks was executed by each putting a paper bag on their head to signal this act. All bags contained eyeholes but only some had slits for the mouth as only two characters were required to sing while they were hidden. The principals were not fully costumed, but each wore clothes that befitted their character with Keel Watson’s Panas (Chub’s friend) even donning a woolly hat for his outdoor scene. Sarah Pring also ensured that the Woman with a Violet Nose had exactly that.

The cast was of a high calibre, with Royal Opera regulars Jeremy White and Sarah Pring proving class acts as Chub and the Tsarina (among other parts) respectively. Jonathan Stoughton, who recently played Gustavo in West Green House Opera’s Un ballo in maschera, was an extremely powerful Vakula, allowing his strong and expansive tenor to come to the fore. Natasha Jouhl as Oksana revealed some tender yet impassioned singing as her soprano proved to be richly hued and relatively deep. Richard Roberts, who played Mime in Opera North’s Der Ring des Nibelungen, delivered an astutely observed portrayal of the Devil, while Anne-Marie Owens as Solokha complemented her intriguing mezzo-soprano with some very fine acting.