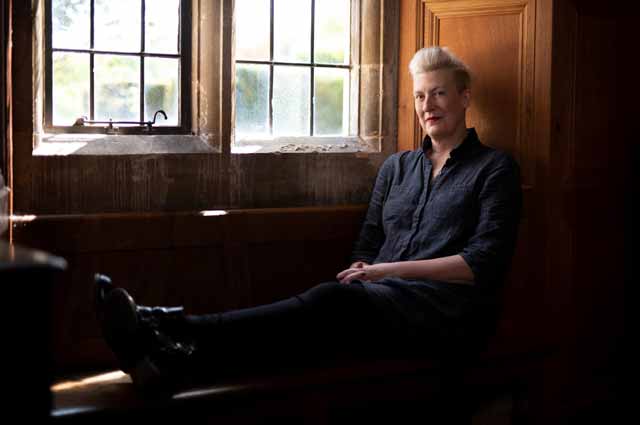 As part of the Wigmore’s ongoing Schumann Song Series, this evening’s joyous recital brought together one of the country’s most well-loved singers, Dame Sarah Connolly, alongside the hugely-talented Anna Huntley and Robin Tritschler.The three of them took the audience on an exhilarating, and at turns passionate, racy, yet often melancholic musical journey, as they revealed the myriad delights contained in Schumann’s song cycle, Myrthen, the collection of 26 songs, given as a gift to his wife Clara on their wedding day in 1840.

Myrthen differs in many ways from Schumann’s more familiar song cycles, as he draws inspiration from several literary sources including Rückert, Goethe, Mosen, Burns, Heine, Byron, Moore, and Fanshawe, rather than setting one single author, and it’s one of his lengthiest – hence why the songs are split between singers, and why it’s rarely performed in its entirety.

Tritschler got the evening off to a thrilling start with rapturous accounts of ‘Widmung’ (Dedication) and ‘Freisinn’ (Free spirit), which not only revealed his scrupulous attention to the details in the text, but his ability to conjure up some wonderful colours while singing mezza voce – ‘Du bist die Ruh, du bist der Frieden’ (You are repose, you are peace), and then open up his lyrical voice with an impassioned, declamatory ‘Dass du mich liebst, macht mich mir wert’ (Your love for me gives me my worth).

Connolly has always possessed one of the most distinctive, bronze-toned mezzo-soprano voices. But recently it’s become even fuller, richer and weightier below the stave, maybe because she’s been singing more Wagner, so it was an unalloyed pleasure to hear this treasurable artist at the peak of her powers deliver ‘Jemand’ (Somebody) and ‘Die Lotosblume’ (The lotus-flower) with such glorious tone and instinctive pointing of the text while sustaining the melodic line which seemed to go on forever.

Anna Huntley’s lighter, brighter tone with a subtle hint of vibrato, was the perfect foil for Connolly’s sultrier voice, impressing with a highly dramatic rendition of the very fast ‘Die Hochländer-Witwe’ (The Highland widow). She and Tritschler made the perfect courting couple in the four songs that straddled the interval. Although not part of the song cycle, they complemented the theme of courtship and marriage perfectly. ‘Er und Sie’ (He and She) and’ Liebhabers Ständchen’ (Lover’s serenade) are racy little numbers climaxing with the woman’s lover demanding to be let into her house but being rebuffed. The interval provided a perfect example of musical coitus interruptus, but that didn’t stop Schumann’s ardent lover trying it on again after the interval in’ Unterm Fenster’ (Beneath the window) having better luck this time – ‘Dass du’s nur keener Seele sagst!’ (As long as you don’t tell a soul), she sings. ‘Gewiss nicht!’ (Of course not), he replies. Heady stuff for 1840! These witty, sparkling four songs highlighted the great rapport between Huntley and Tritschler, as well as their superb comic timing.

After that brief interlude we returned to Myrthen with Huntley and Tritschler tackling the majority of the songs, and in the process covered themselves in glory – he was particularly heart-rending in ‘Was will die einsame Träne?’ (Why this solitary tear?) while the simplicity with which Huntley sang’ Im Western’ (In the West) was most touching. Connolly made only one appearance in the second half – a glorious interpretation of ‘Aus den ‘Östlichen Rosen’ (From ‘Eastern roses’) which she sang with a rapt intensity.

Given its length, it’s not hard to understand why Myrthen  is rarely performed. But when it’s done with such intelligence and sincerity by three singers at the top of their game, superbly supported by Malcolm Martineau’s sensitive accompaniment, as it was here, it’s a journey worth embarking on, and one that delivers rich musical rewards.