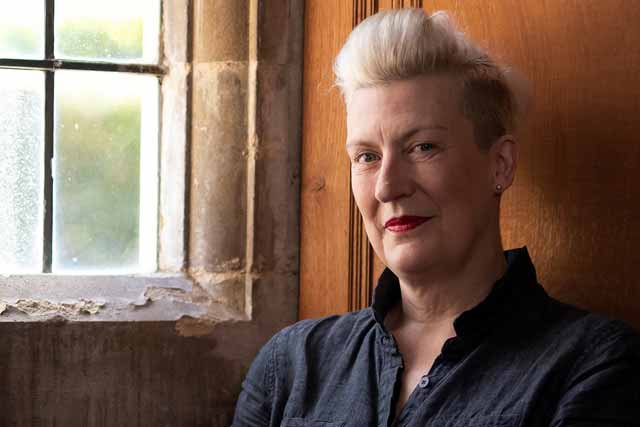 This Temple Music recital which took place in the august, yet intimate, surroundings of Middle Temple Hall was a cause for rejoicing on so many levels. It reunited one of this country’s finest lieder singers, Dame Sarah Connolly, with one of its finest accompanists, Julius Drake and also marked Connolly’s return to the capital following treatment for breast cancer. Surgery meant she had to withdraw from ENO’s staging of Gluck’s Orpheus and Euridice – which was not only bitterly disappointing for her, but for her legions of admiring fans.

The main cause for rejoicing, however, was to be in the presence of an artist at the peak of her very considerable powers and be part of a musical journey that was both thrilling and moving in equal measure. Connolly has always impressed – phrasing, tone, vocal colour and the impeccable way she articulates the text (here in faultless German) are indivisible from one another – yet on the evidence from the glorious music-making on show here, there are not many singers these days able to match her innate musicality.

This was followed by a contemplative, yet emotional account of one of the German composer’s most famous song cycles – Frauenliebe und Leben (A woman’s love and life). Charting the passionate course of true love, marriage, birth and death, Connolly explored the whole range of feelings beautifully, from the initial stages of infatuation in the first song, ‘Seit ich ihn gesehen, Glaub’ ich blind zu sein’ (Since first seeing him I think I am blind) via a fervent outpouring of joy at the prospect of motherhood in the sixth, ‘Süßer Freund, du blickest Mich verwundert an’ (Sweet friend, you look at me in wonder) to the breathless, spontaneous outburst of joy in the seventh, ‘An meinem Herzen, an meiner Brust’ (On my heart, at my breast). The sense of loss and desolation in the final song, sung on a thread of sound, seemed almost palpable as was Drake’s deft accompaniment.

After the interval we were treated to three songs by Alma Mahler, which in many respects revealed a more daring approach to harmony than those by her husband, especially as they were written in 1900-01. It’s a shame her husband stifled her desire to compose more, as they give notice of a major talent. Connolly brought a richness of tone to all three with the third, ‘Bei dir ist es traut’ (I feel warm and close with you), with its undulating, lilting accompaniment being particularly moving.

Concluding the recital with Mahler’s Fünf Rückert Lieder was a shrewd move. Each song requires a different emotion, and they are a gift to those lieder singers blessed with superb interpretative powers, as Connolly undoubtedly is. She launched ‘Blicke mir nicht in die Lieder!’ (Do not look into my songs!) with a glint in her eye, taking us into the racy world of bees making honey, as Drake revelled in Mahler’s buzzing accompaniment.

There was a hothouse sensuality in ‘Ich atmet’ einem linden Duft’ (I breathed a gentle fragrance), sung in glorious arcs of sound leading into a dramatic, impassioned delivery of ‘Um Mitternacht’ (At midnight). Connolly summoned up hushed tones for a marvellously introspective ‘Liebst du um Schönheit’ (If you love beauty), rounding off the cycle with as intense, poignant, and unbearably moving account of ‘Ich bin der Welt abhanden gekommen’ (I am lost to the world) as you’re likely to hear. She and Drake held the audience spellbound. One encore, ‘I’m in Paris with You’ by Dominic Muldowney, was delivered with aplomb and was a fitting conclusion to an exemplary recital that will live long in the memory.