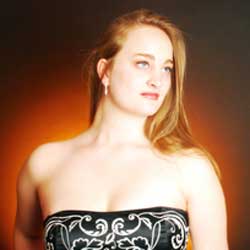 One of the biggest challenges facing young performers today is making themselves known to audiences. Equally, audiences are faced with a plethora of young talent and the challenge of determining which musicians to see. The Countess of Munster Trust, which exists to help promising young musicians achieve their ambitions, administers a recital scheme to give its beneficiaries the opportunities to showcase themselves and to provide a link between the student and professional music worlds. This admirable organisation aims to tackle issues, introducing performers and audiences to each other at high-profile venues and institutions.

Four talented young musicians and one composer were selected to introduce themselves to the Wigmore Halls audience in this recital. The unusual combination of soprano, clarinet, cello and piano made for a diverse and interesting programme, spanning several different historical and stylistic genres.

The engaging soprano Eleanor Dennis opened the programme with Haydns Scena de Berenice and three Strauss Lieder. Her sound is vibrant and clear and she performs with intelligence and musicality; however, I felt she could have used a larger dynamic range, and she also appeared to have some technical issues, which resulted in an occasional loss of focus at the top of her range and a tendency to dip into an underpowered chest voice at the bottom. Nevertheless, the middle of her range is warm and well-supported, and her solo offering in the second half, Brittens On This Island, was nothing short of sublime her interpretation of the Nocturne was particularly enchanting.

The evenings accompanist, the young pianist Gary Matthewman, also shone in this work whilst he played sensitively and musically throughout the evening, it was during the Britten that he really made his mark on the music. A sense of humour and deep understanding of Brittens writing came through in his playing, which had erred on the cautious side in the rest of the programme.

The centrepiece of the programme was a new work by the young British composer Charlotte Bray, entitled Midnight Closes, commissioned for this concert. Comprising settings of three Thomas Hardy poems for soprano and piano interspersed with instrumental interludes for cello and clarinet, this was an extremely intelligent and interesting composition which explored some complex tonalities and incorporated some highly evocative word-painting. Brays writing for cello, an instrument with which she is clearly familiar, was particularly innovative, pushing the instrument to its technical limits.

All the performers excelled themselves in Brays commission, with particularly brilliant ensemble playing from cellist Tim Lowe and clarinettist William Stafford. Stafford also gave a flawless (if slightly guarded) rendition of Poulencs Clarinet Sonata, producing some spine-tingling pianissimi during the quieter passages, and displaying technical virtuosity in the livelier movements.

However, the evening belonged to cellist Tim Lowe, who gave a passionate and energetic performance of Schumanns Adagio and Allegro in A-flat, and also held the audiences attention for the entirety of Brahms Trio in A minor for piano, clarinet and cello. Displaying remarkable agility, emotional maturity and an assertive sound, he absorbed himself entirely in the music and drew the entire audience in with him. A versatile, impressive and captivating performer who responded extremely well to the audience, he was an absolute joy to watch.

Showcase recitals have a tendency to feel a little disjointed, as the focus is on the performers rather than the repertoire, and in this case the only real sense of continuity came from Matthewmans solid accompaniment. Nonetheless, all of these young musicians sparkled with potential and it will be extremely interesting to follow their progress as they mature and develop. I am sure we will see much more of them all in the near future.

Further details of Wigmore Hall concerts can be found at wigmore-hall.org