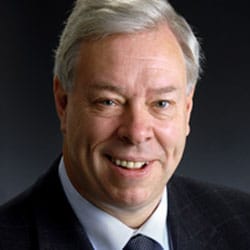 This production is, for the most part, extremely cheery. Set in a run-down seaside café in an equally run-down seaside town, there was much that was bright and entertaining. Don Pasquale (Donald Maxwell) is portrayed as the grumpy geriatric café owner, constantly terrorising people with his walking stick and mobility scooter.

Malatesta (Richard Burkhard) is an eccentric doctor, who incongruously wears a suit to the beach; Ernesto (Colin Lee) makes a fantastic sulky, rude teenage boy who refuses to pay his uncle any respect (or indeed much attention). Norina (Majella Cullagh) is the resident beach babe, resplendent in a variety of colourful costumes, culminating in a sparkly pink ball gown worthy of My Big Fat Gypsy Wedding.

Humour is almost omnipresent, with one of the highlights being the Act III duet between Malatesta and Don Pasquale, which was transformed into an extremely entertaining all-singing all-dancing music-hall number, with twirling canes, jazz hands and pyrotechnics. Visually the stage is stunning; Colin Richmond and Mark Jonathan have done an excellent job on set design and lighting respectively. However, there are a few things in this production that don’t gel for me.

The chorus all take on seaside stereotype personas, but there wasn’t quite enough variety within these to achieve the full Little-Britain-style humour that the direction seemed to be aiming for. With the exception of a smartly-dressed gay couple pushing their new baby around the beach in a pram, all the stereotypes were working-class, from the café workers to the deckchair attendant to the old couple drinking soup on the bench. A higher level of humour would have been reached if the creative team had managed to work in some middle/upper-class parodies as well. Despite the excellent efforts of the UK’s opera outreach teams, the fact remains that the majority of opera-goers are middle-class, and as a result class stereotypes in opera productions need to be handled extremely carefully.

The libretto has been partially updated to fit the modern-day setting; Ernesto’s first letter to Norina is replaced by a text message, reflecting his teenage obsession with his phone. However, I felt that the libretto needed a bit more work; Norina’s pestering and exploitation of Don Pasquale in this production leads to the total renovation of his café; yet the libretto still speaks of Pasquale’s casa.

Don Pasquale is without doubt an opera buffa the characters and plot encompass the silly and the ridiculous, and there is very little in the work that is grave or serious. For some reason, Barlow decides to kill Don Pasquale off at the end (he collapses straight after the last chorus). This jars with the feel of the rest of the plot, leaves no room for the applause that normally greets the final number, and leaves the audience feeling shaken and desperately sad for the old man. Somehow, this doesn’t seem to me to be the reaction that Donizetti had in mind.

Musically the night was a bit of a mixed bag. The orchestra got off to a shaky start with regard to intonation and ensemble; whilst the intonation improved throughout the evening, the ensemble unfortunately didn’t. The singing, however, was uniformly excellent. Maxwell’s grounded, earthy bass fitted Don Pasquale’s buffo baritone role perfectly. Lees stratospheric tenor felt slightly pinched at times but freed up as the evening progressed, with a real sense of pathos showing through in his Act II aria, culminating in a heart-rending top D-flat. For me, however, the evening belonged to Richard Burkhard, whose rounded, open baritone projected beautifully above the orchestra, and Majella Cullagh, whose incisive, fruity soprano and immaculate coloratura sparkled throughout all her arias (each with its own climactic top note, reaching an E-flat in the first act). A well-blended and energetic chorus brought Donizetti’s sparkling ensemble numbers to life.

Whilst a lot of thought and some clever character crafting has gone into this production and there are several intelligent ideas jostling for attention, there is too much about this production that doesn’t come together for me. However, it is largely entertaining, and vocally exceptional. Seasoned opera-goers shouldn’t miss it.