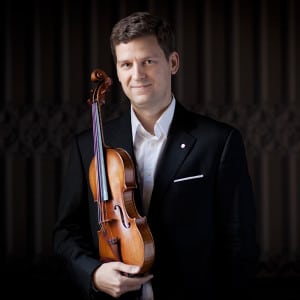 The Wigmore Hall opened its season of Bartók chamber music with a cracking concert by Canadian violinist James Ehnes and pianist Andrew Armstrong. Their recital spanned 25 years of the composer’s output and explored his development from post-Brahms Romanticism to folk-inspired ethnomusicology.

Ehnes proved incredibly versatile, opening with Bartók’s fiendishly difficult Rhapsody No.1 of 1928. Written for Hungarian violinist Zoltan Székely, with Bartók himself as the intended accompanist, the rhapsody is split into two movements and uses folk tunes and tonalities picked up from Bartók’s music-gathering forays across Hungary and Transylvania. The slow ‘lassú’ and faster ‘friss’ make huge technical demands on the violin soloist, including multiple stops and strumming, but also call for a real understanding of the origins of the musical themes. Ehnes – supported by bold and gutsy playing from Armstrong – clearly demonstrated this, relishing the rustic roughness of Bartók’s writing. 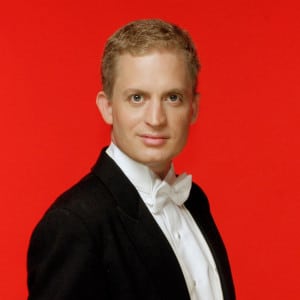 In contrast, Ehnes and Armstrong ended the first half of their concert with the rarely heard Sonata in E minor, composed in 1903 towards the end of Bartók’s studies at the Liszt Academy in Budapest. Although premiered to appreciative acclaim, it was quietly dropped and not performed or published until the 1960s. Superbly executed, the sonata belongs to another world – the world of Brahms and late Romantic Vienna. Its three movements are suffused with melodic invention and occasional bursts of Hungarian dance motifs. Ehnes’ declamatory playing and Armstrong’s urbane assurance raised the stature of this neglected work.

The real excitement of this recital came from Bartók’s folk-inspired music. The brief collection of tunes in For Children (1926-7) reflects Bartók’s interest in musical education as well as folk music, and it includes themes recognisable in other works. Fresh and rhythmic, they served as a lively prelude for the more substantial and complex Violin Sonata No.2 in C. This was Bartók the experimental modernist at work, fusing melodic fragments and strange tonalities with restless tempi and complex instrumentation. The thematic links to Bartók’s ballet score The Miraculous Mandarin – which the composer was still working on at the time – were brought to the fore by Ehnes and Armstrong. Whatever the sonata’s unpredictability and challenges, Ehnes had a clear grasp on the work, playing with an astonishing degree of confidence, which included a quick bow change ahead of a tricky ‘col legno’ passage so as not, he explained earlier, to damage his favourite bow.