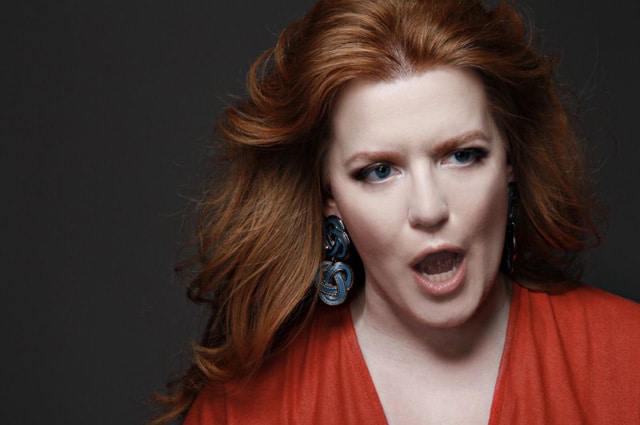 In March 2013 the LA Philharmonic, under the baton of Gustavo Dudamel, brought John Adams’ The Gospel According to the Other Mary to the Barbican. The oratorio, which on that occasion was enjoying its European premiere, describes Jesus’ crucifixion and was designed to be a companion piece to El Niño of 2000. Now with Christmas nearly upon us, the earlier nativity oratorio proved a fitting work for the London Symphony Orchestra to present, and the occasion was made all the more special by the fact that the performance was conducted by the composer himself.

El Niño meditates on the period from the annunciation to the flight into Egypt by setting a series of pre-existing texts to music. Those from the Gospels stand alongside a range from several world cultures, and the fact that the texts come from a variety of eras makes the messages that are proclaimed feel universal rather than merely contemporary. While many writings are directly religious, others are more broadly philosophical in tone while some address very recent political issues. By the time we have added in stories from the Apocrypha, which inspire a sense of child-like amazement, the oratorio has practically run the full gamut of human emotions and experiences. In this way, it may provide a metaphor for the way in which Christmas today has a reach far beyond the confines of Christianity to envelop all aspects of humanity.

The oratorio is brilliantly paced as it constantly turns the emotional colour wheel to contrast intimate moments of private reflection with more highly charged passages of anxiety or menace. Writings such as For with God nothing shall be impossible (from Luke, Chapter 1) and Shake the Heavens (drawn from the Haggai and Gospel of James) feature a more unrelenting style of music, typical of the sound that might instantly spring to mind if we were to think of minimalism. Other moments prove far lighter, with the strings backing the soloist with an ephemeral sound, only slightly punctuated on occasions by the brass or other instruments. In terms of structure and approach these passages are just as minimalist as the others, but the contrast is so immense that the resulting experience feels very multi-faceted.

Unlike The Gospel, which featured dancers, and the original production of El Niño, which had live movement and film (courtesy of director Peter Sellars in both instances), this evening was presented as any more traditional oratorio would be. This actually worked because it gave greater opportunity for the singers to engage directly with the audience, providing us with the means with which to make sense of all we were told, but not overtly directing us to think and feel certain things. As Adams explained from the podium at the start of the evening, there is something ironic and imbalanced about the story of a birth having been told almost entirely by men. As a result, he and Sellars were determined that their oratorio would include as many writings from women as possible, and one particular delight came from hearing the words of Mexican writer Rosario Castellanos. Lines such as ‘My solitude was a passage through darkness, an impetus of inconsolable fever’ (from the poem La anunciación) stunned with their richness, even when only understood through reading the surtitles.

The female perspective on the story was also explored in interesting ways. For example, ‘The babe leaped in her womb’ (from Luke, Chapter 1) was sung not by the soprano or mezzo-soprano that the oratorio features, but by the three countertenors. This seemed to be an expression of empathy that also stressed the idea of Christ being in all of us, and was emphasised by the fact that the men then changed their line to ‘The babe leaped in my womb’. Other mysteries were woven into the piece so that when Mary in the guise of the soprano and mezzo-soprano proclaimed that she saw two people before her, the women were joined by one of the countertenors, thus alluding to the Trinity as two became three.

Adams’ conducting seemed to bring a ‘rhythmic sensuality’ to the score. In other words, because of his obvious understanding of his own intentions, he was able to imbue into the piece’s rhythms a meaning, purpose and aesthetic not achieved perhaps by any other conductor, even in some very good performances of the work. The soloists were also excellent, with Jennifer Johnson Cano standing out in particular. Her heartfelt performance of Castellanos’ La anunciación was beautifully measured as her mezzo-soprano felt sumptuous without seeming inappropriately flashy. Joélle Harvey displayed a sweet, feeling and yet suitably strong soprano while the darkness and richness of Davóne Tines’ bass-baritone was superbly tempered by an expansiveness of tone.

It was also hard to picture the countertenors of Daniel Bubeck, Brian Cummings and Nathan Medley, none of whom are strangers to performing Adams’ oratorios, ever being bettered in the piece. The sensitive tone of each worked so well with the words and music that as each sang ‘God exists’, irrespective of one’s religious beliefs, it was impossible not to be entirely convinced by the proclamation. The London Symphony Chorus and London Youth Choir, directed by Simon Halsey and associate chorus director Neil Ferris, both played their parts to the full. The latter brought the whole evening to a beautifully sensitive conclusion with their performance of another Castellanos poem, Una palmera, which at the very end was accompanied by a sole guitar.