by Dominic McHugh
published: 24 May 2006 in Opera and Classical Reviews
Tweet 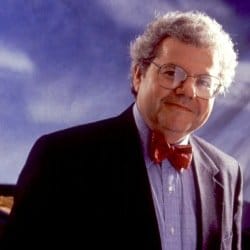 In this year of Mozart’s 250th birthday, the composer’s piano concerti have been popping up in the concert programmes of every major orchestra, to varying effect.

Mario Joo Pires and the London Symphony Orchestra under Bernard Haitink slaughtered K466 and K595 at the start of January, whilst the London Mozart Players (directed by Howard Shelley from the piano) were scintillating in K467 later that month.

This concert with the youthful English Chamber Orchestra came half-way in success between these two events.

On the plus side, the chamber-like performance meant that the LSO’s heavy and turgid Mozartian style was avoided. On the negative side, the excessive use of vibrato, the decision to play the two concerti with the piano lid removed, and the lack of a conductor, meant that the ECO was in less impressive form than in their memorable 45th Anniversary Concert with Colin Davis last October.

The ECO’s leader, Stephanie Gonley, directed the entire concert from the violin, and here was the concert’s main problem. She has remarkable virtuosity, with an astonishing technique and a beautiful tone – and she energises her colleagues with enthusiasm. However, in this concert she had a tendency to dominate the string sound, so that the first violins’ line was far more pronounced than any other, even when the interest lay in other instruments’ parts. Where were the basses and cellos? The other problem was one of tempo: in all three items, the pace was far too variable, especially for classical and neoclassical music such as we heard here.

To start the concert, Bartk’s Divertimento for Strings. Infused with Hungarian folk melodies, the piece is also a pastiche of a baroque concerto grosso. The violins wove the melody together with verve, and the soloists on the front desks were keenly tuned in to one another (the viola player showing particular attack). However, there was a lack of purpose about the playing, with a limp tempo and an absence of the bass voices. The second movement managed a little more atmosphere, but its surging force was spoiled by a persistent imbalance between violins and cellos. Gonley led the final movement with flair, a dancing theme with big leaps, and the pizzicato section was amusing. However, the overall effect was quite drab.

For Mozart’s final piano concerto in B flat, K595, the ECO was joined by Emanuel Ax, whose Mozart interpretations are world-renowned. In order (I assume) to emulate the sound of a period fortepiano, Ax opted to perform the piece without the piano lid, but this resulted in a loss of sound and tone colour. (When Howard Shelley played the C major concerto with the LMP in January, he wisely used a sound reflector to allow the audience to hear clearly perhaps a better option for Ax in the future?) True, he played with delicacy, but the exuberance and warmth of this music was mostly lost. The ECO winds were excellent, answering the opening violin melody with beautiful slurs. Later on, the dialogue between piano and flute was nicely polished, and the bassoon came briefly to the fore with unusual colours. But as before, the lack of a conductor (was Gonley in charge, or Ax? Neither seemed certain) meant that an overall coherence and direction was lost.

Some lovely nuance from the horns and elegant legato playing from Ax made the second movement a highlight, and the clarinet and oboe were also good. The violins were again too heavy in the finale, but their return in the final cadenza was subtle and made much of an unusual moment.

After the interval came Mozart’s first really great concerto the E flat piano concerto (‘Jeunehomme’), K271. It’s one of the most inventive classical concerti in the repertoire, and both orchestra and soloist seemed more enthused. The interplay of soloist and orchestra was better, with finer articulation, though the piano was still too soft and the first violins too loud (though the people sitting above the sound, in the balcony, evidently enjoyed it more than those of us in the stalls).

Ax brought a bounce to this jaunty work, and also found flashes of creamy beauty the brief episode when the horns double the piano was excellent. The second movement featured a searching melody from the first violins, with a carefully embellished piano line from Ax. Better projection from the soloist and the chance for the wind instruments to shine made this the highlight of the concert. However, Ax launched into the finale too quickly, fudging the opening passage with insufficient clarity and focus, and apparently taking the players by surprise. There was a sense of fun about the nicely clipped grace notes and the cadenza was playful. However, the tempo fluctuations were too frequent and rarely coordinated between soloist and ensemble.

At the climax of the last movement, there was a passage of real sunshine, with warm orchestration and a poignant blend of sound, typifying Mozart playing of the highest quality. A shame then, that this did not characterise the concert as a whole.