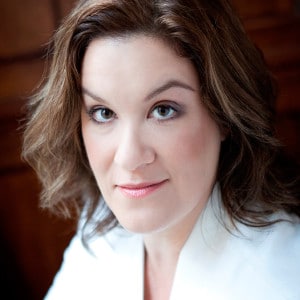 By any measure, Handel’s Hercules was a flop when it first appeared in 1745. Its initial run at London’s King’s Theatre lasted a mere two performances, and there were only another three (two in 1749, one in 1752) before it disappeared for 173 years. The composer described the work as a ‘Musical Drama’, and the very same factors that explain why it was not well received during the eighteenth century are the primary reasons why today we are inclined to judge it as a masterpiece.

Hercules falls somewhere between opera and oratorio. It was initially presented on a theatre stage, though in concert style, and it has been suggested that its failure to take root derived from the difficulty in transferring it from theatre to church or concert hall. Such an argument, however, can surely be taken several steps further, for it is a piece that falls between two stools in so many ways, though in the process it becomes highly intriguing to modern ears.

When the hero Hercules returns from war bringing Iole, the daughter of the King of Oechalia whom he slew, his wife Dejanira becomes so certain that he is sleeping with her that the steps she takes to secure his fidelity actually end up causing his death. Whereas a typical Handel opera features a series of crises, with each confronted through an aria that reveals the relevant protagonist’s dilemma and feelings, this piece feels more like a single study in how jealousy can take hold and assume a life of its own.

While the act of witnessing one large apocalyptic descent from start to finish may not in itself have been unusual to eighteenth century audiences, the music that resulted from such a structure was probably more alien. For example, the finale to Act I features strident, menacing bowing with none of the embellishments or ornaments that might normally feature, making the music feel geared entirely towards generating atmosphere and supporting the drama. This may have been disconcerting to anyone more used to soaking in something that could be classed as joyous and beautiful in its own right.

The music on that occasion supports a chorus who sing ‘Jealousy, infernal pest’, and the sense with which they seem to confront the audience with the proclamation feels very modern, even though the singers are essentially acting as a Greek chorus. Ultimately, the use of typical Baroque formulae as a basis to generate a menacing sense of foreboding may have felt difficult for anyone not used to music being geared so single-mindedly towards the pursuit of drama. At the same time, however, the story, in which key actions are only reported and characters spend much of their time instructing others, may have actually made the piece feel insufficiently dramatic.

In this performance from The English Concert, directed by Harry Bicket, the sheer extent to which the characters do not move in straight lines was revealed by the superb cast. For example, when Iole first appears she laments the loss of everything she has ever known, and Elizabeth Watts imbued the aria with brilliant sensitivity. Far from then pursuing vengeance with terrifying single-mindedness, however, she instead vents her fury at Dejanira for risking losing everything she has by letting jealousy overwhelm her. Then when the worst happens her sorrow is directed at those around her rather than herself. As Hercules’ son, Hyllus, James Gilchrist put in a vocally polished and dramatically detailed performance and his and Iole’s final duet, in which following the destruction they unite in love, was beautifully rendered.

Another factor that did not help Hercules’ cause is that Handel deliberately packed the piece with six arias for the herald Lichas in order to show off the vocal skills of contralto Susanna Maria Cibber. She then, however, dropped out from the first performance through illness, leading to the music being either redistributed or omitted. Here, however, we could be thankful that the composer did write so much for the part (this performance retained three of the six arias) for it gave the beautiful countertenor of Rupert Enticknap many opportunities to shine. Matthew Rose was also an excellent Hercules, with his strong, sturdy bass coming to the fore with mesmerising clarity.

The stagecraft employed was simple yet effective. Performers generally directed their gestures outwards to the audience but, at times, characters who were not singing were kept centre-stage, rather than on chairs to the side, to aid the dynamism and interaction. Other touches included frequently placing Dejanira on a chair to the left of the orchestra with her back to us so that we understood her state of mind and centrality to the story, even when she was not the main character in a scene. Alice Coote proved superb in the role, creating those rich, rolling sounds with her brilliant mezzo-soprano, and giving a textbook demonstration in how to express a character’s emotions through both voice and gesture.