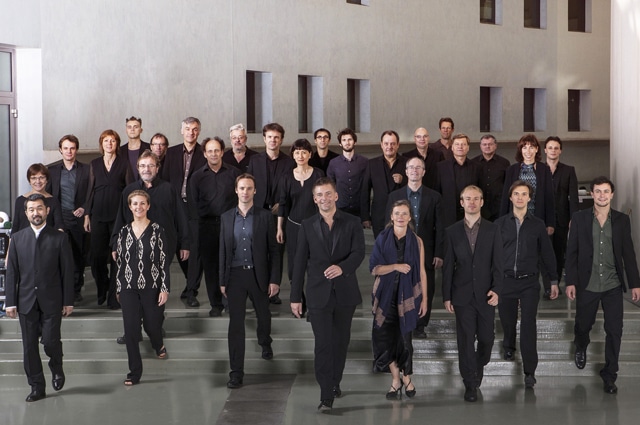 A programme of modernist works for piano and percussion might not seem likely to fill a concert hall on a cold Monday evening, but the reputation of the Ensemble Intercontemporain ensured the attendance of a sizeable and appreciative audience.

The Ensemble Intercontemporain was founded 40 years ago by Pierre Boulez and is an association of 31 musicians involved singly or collectively in an array of compositional, performance and education work in France and abroad. Four of its members – pianists Dimitri Vassilakis and Sébastien Vichard, and percussionists Gilles Durot and Samuel Favre – presented keynote pieces by Debussy and Bartók, and the premier of a specially commissioned work by Brazilian-born Aurélio Edler-Copes.

The deceptively simple Seven Pieces from Bartók’s Mikrokosmos were studiously played by Vassilakis and Vichard on a pair of polished Steinway grands. The pieces’ educational origins are discernible in the composer’s 1940 arrangement for himself and his wife, Ditta, made around the time of their arrival in the United States. This also probably accounted for the soloists’ slightly mechanical delivery, despite their obvious technical assurance. Debussy’s En Blanc et Noir (1915) was more sensitively handled. The astonishing starkness of the first two movements gave way to the mildly manic Scherzando, reflecting Debussy’s increasing despair at the Great War.

The new work was Edler-Copes’ Presence for two pianos and two percussions. Written last year to a commission from Ensemble Intercontemporain and the Wigmore Hall, it takes some of its inspiration from sound recording and playback techniques, including pause, repeat, loop, fast forward and rewind. It lasted around 15 minutes and proved a surprisingly attractive work. The two movements, entitled ‘Nowhere’ and ‘Everywhere’, presented, developed and discarded musical fragments which were both shared and battled over by two pianos and a battery of percussion, including xylophone, snared drum and washboard. The only downside was the positioning of Durot, Favre and their instruments behind the pianos on the crowded Wigmore stage, which prevented a fuller appreciation of their musical and dextrous skills.

The final work was a twentieth century classic – Bartók’s Sonata for Two Pianos and Percussion. All four Ensemble players injected energy and confidence into their performance, which softened some of the more angular edges of the score while sharpening the contrasts between the thematic material generated by the pianos and the rhythmic accenting of the seven percussion instruments. Again, the two percussionists were inevitably obscured by the pianos, although their aural presence was never in doubt.