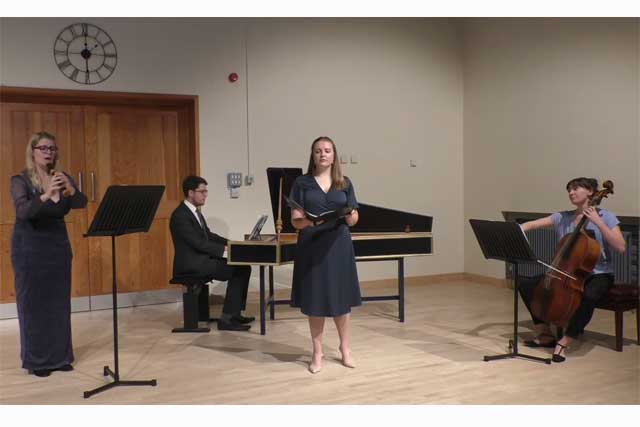 Eboracum Baroque, formed in 2012 by Chris Parsons at the University of York and the Royal College of Music, has been one of the most active of all the professional music groups during the pandemic. That this small ensemble, made up of young singers and instrumentalists at the start of their careers, has been able to maintain a public presence online is a tribute to their determination to bring sometimes neglected treasures of the baroque period to a wider audience. 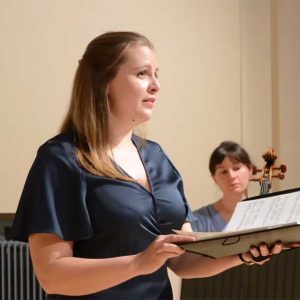 Their large-scale project, Heroic Handel, has had over 50,000 views on Facebook alone, and the present recital, recorded in October, should have almost as wide an appeal. Featuring music by Purcell, Blow, Vivaldi and lesser-known composers, this short programme can be enjoyed both by those familiar with the works and anyone new to English music of the period. The venue is well known as having a fine acoustic but on this occasion the performers could have done with some help from microphones, as there were times when the blending of voices and instruments suffered from distancing.

The vocal contributions came from Elen Lloyd Roberts, a graduate of the Royal College of Music with a light, flexible soprano and a pleasing stage manner. ‘Hark the Echoing Air’ from Purcell’s Fairy Queen was sung with fluency, and the challenging ‘Sweeter than Roses’ by the same composer was deftly done, with eloquent support from Miri Nohl’s ‘cello.

Sammartini’s Recorder Concerto in F Major gave Miriam Monaghan the chance to display her virtuoso technique, although it was a pity that her introductory words were lost. The rarely heard Overture from With Noise of Cannon by William Croft allowed Chris Parsons to show how it’s possible to make a very difficult instrument, the baroque trumpet, sound effortless.

Laurence Lyndon Jones was a steady presence at the harpsichord, although the lack of miking and the nature of the placing of the individuals meant that his contribution was slightly muted. Nevertheless, the ensemble blended well and reminded us once more that vibrant music making is still possible to present to a wide audience even when we are all living under restrictions which prevent our attending ‘live’ concerts.