by musicOMH
published: 1 Jun 2006 in Opera and Classical Reviews
Tweet 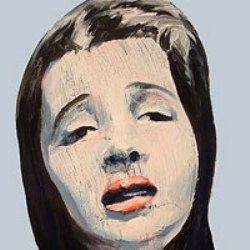 One of the cornerstones of every Opera Holland Park season is a selection from the verismo era, that period at the end of the nineteenth century when opera and literature aimed for realism and heart-on-the-sleeve emotion.

Last year, we were treated to a rare staging of Umberto Giordano’s Andrea Chenier, and this year the same composer’s Fedora has opened the season on a high.

The greater concision and melodic invention of this year’s offering far outstrips that of last year’s.

One or two minor qualms aside, this is a high recommendation for enthusiasts of the verismo repertoire.

The story concerns the assassination of Count Vladimir, fianc to Princess Fedora. Count Loris is accused, and Fedora plots to trap him and make him confess. She has his family terrorised, but when they meet they fall in love. He tells her the truth that Vladimir was having an affair with Loris’ wife, so his action was justified and Fedora poisons herself in grief, dying in the arms of her lover.

For me, the second act of Fedora is Giordano’s greatest achievement. On the one hand we have public set pieces, such as Countess Olga’s homage to Veuve Clicquot and De Siriex’s pastiche of a Russian song, and on the other, a ravishing duet for Fedora and Loris plus the opera’s most famous aria, Loris’ ‘Amor ti vieta’. Even more striking is the centrepiece of the act’s opening scene, when an onstage pianist entertains the crowd with a parody of a Chopin nocturne whilst the lovers converse over the top of it in lyric parlante – a device previously perfected by Verdi in the closing scene of Un ballo in maschera.

It’s all very inventive stuff, and I can’t imagine why people are so snooty about it (except that it’s emotionally lucid, shock horror). One of the best things about this period of opera is that in general, the stories move at a fast pace and keep you engaged during the entire action. This was certainly the case with John Lloyd Davies‘ new production, which was sympathetic to the singers’ needs yet provided plenty of action when required. Bob Bailey‘s designs evoked the fin de sicle clearly, eschewing the overblown, high opera house style in favour of a few elegant props such as a small desk and a chaise longue.

It was quite a coup for the company to engage Yvonne Kenny for the title role. Though the top of her voice isn’t as clean and smooth as it once was, her exquisitely engaging and detailed acting, her tremendous stage presence and her wonderfully rich middle and lower registers are all so captivating that one could not help but be moved by this powerful performance.

Aldo di Toro may not be her equal in age, but he certainly matches Kenny’s vocal stature as Loris. Even more than the famous tenor aria, their duet in the second act found him in excellent form; he has a lyrical voice with the heft to project over the rich orchestration. And the final scene was very moving indeed.

Stephen Gadd was an imposing De Siriex, warming up after a weak start to reveal a commanding voice. As Olga, Natasha Marsh‘s physical beauty was enhanced by a sweet voice and a well-trained vibrato. Malcolm Rivers as Gretch and Catrin Johnsson in the trouser role of Dimitri both stood as vocally strong, but in general the ensemble was well trained.

The opera was held together by Brad Cohen, whose clear and energetic but unfussy conducting ensured well-chosen tempi and good coordination of timing between stage and pit, even if the singers were just occasionally drowned out by the orchestra.

In all, a highly recommended addition to the Holland Park repertoire let’s hope they continue down the same road of nineteenth-century rarities next year.