by Dominic McHugh
published: 25 May 2006 in Opera and Classical Reviews
Tweet 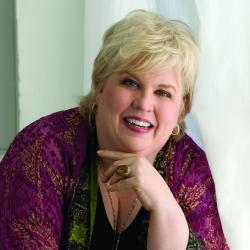 At the height of Act 1 of Beethoven’s only opera, Fidelio, Don Pizarro’s prisoners are freed and they sing of the joy of being allowed in the open air again.

This typified the whole experience of the London Symphony Orchestra and Chorus’s concert performance of the opera a breath of fresh air.

Under their Principal Conductor Sir Colin Davis, and with a line-up of international soloists, the orchestra gave the most warm and coherent performance of the work imaginable.

Performing opera in concert form is often the best option nowadays, thus overcoming the problem of directors’ ‘concept’ productions. Without the distraction of sets and costumes, which sometimes seem to have nothing to do with the story in modern productions, it’s possible to sit back and enjoy a focused performance of the music.

That’s what we got here, with the orchestra and conductor in particularly fine form. Fidelio of all operas seems to work better in concert (though the ROH is presenting a fully-staged co-production from the Met with Karita Mattila next year), because the orchestra’s part is so subtly written that it seems to have almost symphonic dimensions at times. Even the singers and chorus are integrated into the ensemble sound, rather than being accompanied in a conventional manner.

Colin Davis knows just how to pace the opera, and led the huge forces with complete command and control in this, The Lord Mayor’s Concert 2006. He may be the oldest person on stage, but he has more youthful energy then most of the rest of them save, perhaps, the ever-miraculous LSO leader Gordan Nikolitch, who drove his colleagues with the utmost vigour.

As ever, the London Symphony Chorus wowed the senses with their ensemble singing, and the Act 2 Finale was stirring and very moving. However, the male chorus (and particularly the tenors) was less secure than usual in the first act, making a very uneven sound when singing quietly in the Prisoners’ Chorus for example.

The performance of the night was Christine Brewer‘s immaculate Leonore. A sensation in every respect, Brewer even outdid her wondrous portrayal of the role in Charles Mackerras’ concert performance at the Barbican last year. Her aria in the second scene of Act 1 was beautifully phrased, with an admirable power in the upper register and astounding breath control. The only thing that threatened to ruin it was the poor performance of the horn section of the orchestra, who have been letting the side down in recent months. Brewer also dominated in ensembles such as the sublime quartet Mir ist so wunderbar, though her three colleagues were also in excellent voice here.

Her Florestan was John Mac Master, a Canadian tenor with great emotion and commitment. The small duet with Leonore when the two are reunited was very nicely done, but he was a little out of tune in the trio and struggled with the hellishly demanding opening aria of Act 2 (as most tenors do with this unforgiving piece).

Juha Uusitalo was a truly scary Don Pizarro, projecting the voice very well and really getting into the character. Kristinn Sigmundsson was a late replacement as Rocco, but thanks to careful coordination with Davis he managed to sing with flair – and he has a more Germanic tone than most of the other soloists.

The Royal Opera House was valiantly represented by three ex-Young Artists, all of whom sang with exemplary style, and the two with the larger parts got the evening off to a lively start. Sally Matthews was stunning as Marzelline, giving her all in her aria in the first scene and singing in lovely secure phrases. As Jaquino, Andrew Kennedy made the most of a bit part, his talent as a Lied singer coming across in a careful pointing of the words. And Darren Jeffery showed a similar attention to detail as the Second Prisoner.

There were a couple of weak links – Andrew Tortise was a dry First Prisoner and Daniel Borowski lacked gravitas as Don Fernando and I thought that the spoken dialogue was delivered very weakly by most of the singers.

Yet the overall effect was sensational, with Brewer giving an outstanding performance of one of opera’s most challenging roles – and the good news is that it’s been recorded for posterity on the LSO’s in-house record label.