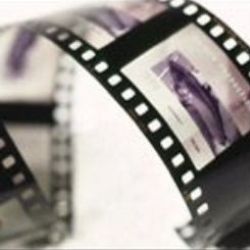 There are many different kinds of music in this world, but few have infuriated music scholars quite like film music.

The difference in standards of composition and the powerful orchestrations point towards the one question that musicology has never been able to answer: why does the music we listen to affect (or disgust) us the way it does?

When I saw an advertisement for Filmharmonic, I didn’t hesitate to buy tickets right away, knowing that somehow the music would touch me and affect me in ways I couldn’t understand; how right I was.
Under the baton of Conductor Tolga Kashif, the Royal Philharmonic Orchestra kick-started the evening (which was presented in association with the Cinema and Television Benevolent Fund) with the main theme from Mission: Impossible. The name of the work certainly set the mood for the entire evening, as I found it impossible to conceive that the RPO was capable of such lacklustre performances.

Wrong entries (especially in the trumpets), poor intonation (especially the major seventh leap in Superman’s theme), and the complete lack of motivation made the evening one I would wish to forget. The string players were not their usual meticulous selves, and while the bowings were completely together, they made no effort to use the same part of the bow all the time.

Presenter Tommy Pearson was also a bit of an enigma – his jokes ranged from brilliant to simply bad, and I do not think anyone would ever mistake him for Tom Cruise (as he claimed). Perhaps the Force needs to be with him a little more.

Conductor Tolga Kashif struck me as brash, living for the climatic moment, and he made no effort whatsoever in building a long term sense of tension and power. Doing this the entire evening gave the sense of premature ejaculation – over before one has even properly enjoyed. This was particularly evident in ‘Across the Stars’ from Star Wars: Episode II, where the heart-wrenching tune appeared at least six times; one would have thought Kashif could have made each repetition sound slightly different. Also, the fact that he made a ritardando before every entry of a huge theme was frustrating and cheesy, and I wished the performers had made a bit more effort with little details like that.

To add to the insult, the programme booklet wrongly listed the Schindler’s List piece as Remembrances instead of the Main Theme, which was what the orchestra played. RPO leader Clio Gould was the soloist, and while it was a technically perfect performance, she was in the unenviable position of having to live up to Itzhak Perlman’s standards (which are rumoured to have left Steven Spielberg sobbing) – certainly nobody was crying after her performance.

Filmharmonic also featured music from ‘new’ composers Nigel Hess (Ladies in Lavender) and Debbie Williams (Middletown, The Truth about Love), who conducted their own works. The RPO managed to clumsily mess up the end of Hess’ composition with wrong entries and poor control of dynamics. They also sounded immensely bored with Williams’ repeated four bar phrases over an ostinato bass in The Truth about Love. Perhaps that is the price to pay for imposing classical music values onto film music.

Still, all was not lost. For the pieces that they obviously rehearsed with more enthusiasm, such as music from Pirates of the Caribbean, Lord of the Rings, Ben Hur, Harry Potter, and War of the Worlds, the orchestra was slightly more up to their usual standards, generating intensity, tingling spines and thrilling audiences young and old.

If only they had paid as much attention to the little details as they did for the Messiah performance on Good Friday this year; overall I think that the RPO let their audience down in this concert.