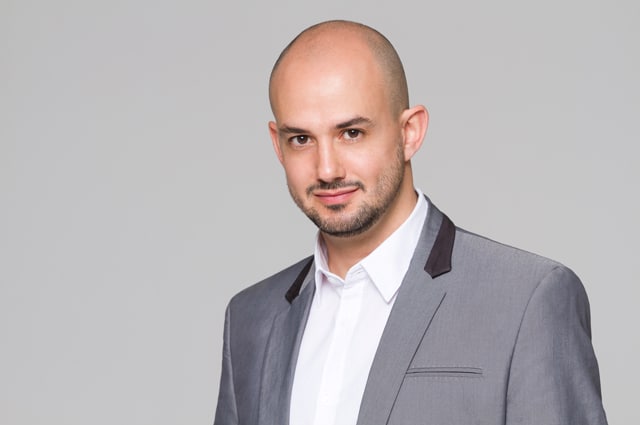 Argentinian countertenor Franco Fagioli made a welcome return to the Wigmore Hall a little more than a year after his acclaimed debut, once more bringing with him a clutch of arias he has already committed to disc. Whereas 2014’s recital was based on works written by Nicola Porpora, this concert featured a more varied palette of music specially composed for the famed Italian castrato Gaetano Majorano, known as Caffarelli. It also provided an opportunity for the excellent players of Il Pomo d’Oro under their director and chief violinist Riccardo Minasi to showcase some lesser-known gems of the Italian Baroque.

Fagioli’s voice is not as big as that of some other countertenors, but its firmness and agility make it well suited to show-off numbers like ‘Fra l’orror della tempesta’ from Hasse’s Siroe or ‘Crude furie’ from Serse by Handel. In the latter aria, Fagioli effortlessly dipped into baritone territory and back up to mezzo soprano range in the bravura final section, peppered with warbling melismas and added decorations. He clearly enjoyed the vocal acrobatics, which were delivered with the sort of primo uomo aplomb and showmanship that were the stock in trade of the castrati in the 1730s.

Fagioli also excelled in reflective, emotionally searching arias, such as Hasse’s ‘Ebbi da te la vita’, also from Siroe, and ‘Rendimi più sereno’ from Pasquale Cafaro’s much later 1761 opera I permestro. In this, Fagioli harnessed his assured technique with emotional intensity and just a hint of vulnerability. His diction – which was sometimes glossed over in the more dynamic arias – was also much clearer. These qualities were underlined in a joyful rendition of ‘Dopo notte’ from Handel’s Ariodante, which Fagioli gave as an encore, followed by the pyrotechnics of ‘Fra cento affanni’ from Vinci’s Artaserse.

The evening wasn’t all about Fagioli. The seven members of Il Pomo d’Oro gave him stylish and well-executed accompaniment during the arias, but also shone without him in several string sonatas and a concerto by the largely forgotten composers Ragazzi, Fiorenza and Avitrano. Angelo Ragazzi’s Sonata for strings in F minor was especially interesting. The Neapolitan composer knew Pergolesi well and, according to Minasi, played in the first performance of his Stabat Mater. The sombre sonata certainly contained echoes of Pergolesi’s final opus – a world away from his 1734 opera Adriano in Siria, whose aria ‘Lieto così talvolta’ united singer and players in a performance of gently lilting beauty.