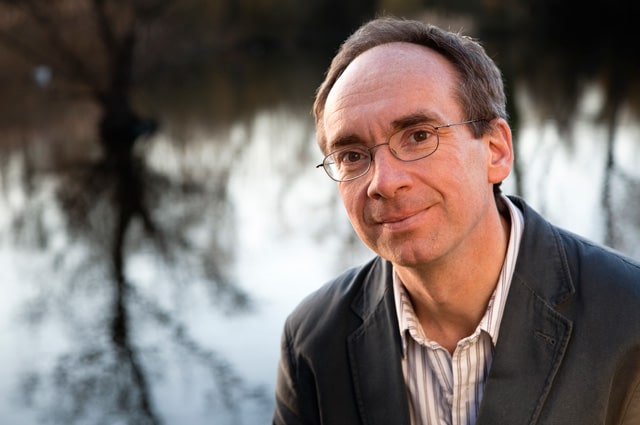 James Gilchrist and Anna Tilbrook are celebrating 20 years of collaboration with a series of three concerts at the Wigmore Hall, each involving a new commission; on Thursday evening they performed the third of them – a cleverly balanced programme of Schumann’s Dichterliebe, Vaughan Williams’ Songs of Travel, and Jonathan Dove’s Under Alter’d Skies, a setting of nine cantos from Tennyson’s In Memoriam.

Gilchrist is a consummate communicator, and his recitals are a model for all singers, with tone, glance and gesture all playing their part in engaging the audience. Dichterliebe is a duet in more than one sense: the singer and pianist must be in perfect synchronisation; but beyond this, as well as Heine’s increasingly unhinged spurned lover, there is also a commentator, who sometimes appears in the words, and, more often, in the piano part. Gilchrist and Tilbrook brought us all of this: the springing, jolly lovesick boy in ‘Aus meinen Tränen’; the ironically dancing Nachspiel following the distracted ‘Das ist ein Flöten un Geigen’; Gilchrist’s declamatory I-told-you-so tone of the commentator in ‘Ein Jüngling liebt ein Mädchen’; and the joint conjuring of emotional breakdown in ‘Am leuchtenden Sommermorgen’, where Gilchrist’s sobbing delivery was followed by a Pagliaccio head-on-shoulder gesture as the extraordinary wandering arpeggios of the Nachspiel sounded.

Stevenson’s poetry in Songs of Travel presents the opposite side of the coin to Heine’s neurotic romanticism; here, the vagabond-narrator is an orphan in the storm; the memories he has are (with the possible exception of ‘In dreams’) tinged with gold and glory, and Vaughan Williams’ lush pastoral style sets these sublimely. Gilchrist and Tilbrook caught the ambience exactly, giving us a rippling, lyrical paean to nature in ‘Let beauty awake’, a quiet, mystical wonder at the vastness of the sky in ‘The infinite shining heavens’, the jaunty optimism of a travelling pedlar seeing the open road stretching before him in ‘The roadside fire’, and a magnificently contrasting ‘Youth and love’, from mellow mezza voce and the gentlest accompaniment for ‘deep in the gardens golden pavilions hide’ to the loudest, most jubilant Heldentenor note of the evening on ‘Cries but a wayside word to her’.

Jonathan Dove’s music is that rare thing, contemporary yet approachable; while eschewing retrospective romanticism, it manages to pull in features of minimalism and even jazz, and yet remains chock full of hummable tunes. His setting of cantos from Tennyson’s In Memoriam, provided the perfect bridge – both emotionally and musically – between Schumann and Vaughan Williams, and the change in programme order to allow this was well made. ‘Fair ship’ opened the sequence with a rolling pattern from the piano, underscored with increasingly frequent chords; over which the wafting tenor lines built to a climax on ‘My Arthur’. ‘Calm is the morn’ and ‘Tonight the winds begin to rise’ both drew from minimalism – the former’s lyrical vocal lines underscored by two repeated chords, the latter containing more angular material for Gilchrist, accompanied by a piano moto perpetuo. The plodding bass of ‘With weary steps’ brought to mind the last of the Vaughan Williams settings, while ‘Be near to me’, with its anxious descending right-hand idée-fixe and its not-quite-resolved ‘eternal day’ referenced the Schumann pieces. The repeated ‘Ave’ in ‘Peace, come away’ was the most moving line in the set, and Gilchrist delivered it with hushed intensity. ‘Thy voice is on the rolling air’ was instantly recognisable as ‘core’ Dove – full of the rippling piano excitement of the final section of ‘The Passing of the Year’, overlaid with heroic melody.