The Leeds Lieder Festival came to a close for this year. This lunchtime recital was one of the highlights. 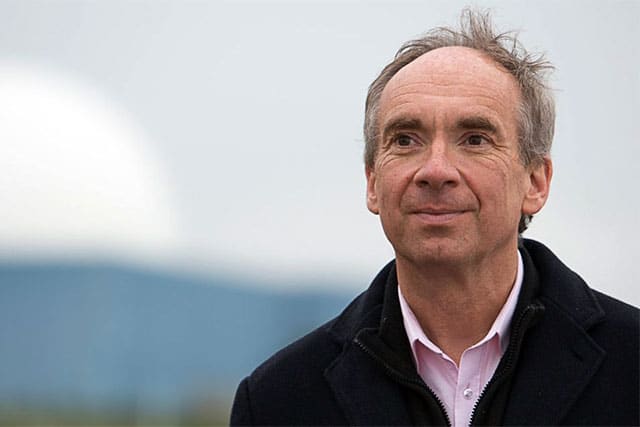 You would need an impressive level of stamina in order to experience all the events on offer at Leeds Lieder this season – from a packed schedule of daytime recitals, lectures and Masterclasses, this one looked the most intriguing, and so it proved to be. It was a demanding hour or so of music, absent of any real crowd pleasers yet entirely engrossing from start to finish.

The theme of Solitude has been explored by many artists, with Wordsworth perhaps the most fulsome in praise of “…solitude, / More active even than ‘best society’/ Society made sweet as solitude / By silent inobtrusive sympathies / And gentle agitations of the mind.” Purcell’s O Solitude expresses similar sentiments over a mesmerising ground bass repetition, sonorously played by Anna Tilbrook. Katherine Philips’ reflections (translated from the French of Marc-Antoine de Gérard) on the ‘sweetest choice’ were given dramatic expression by James Gilchrist. 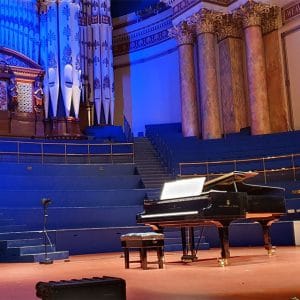 Many singers will happily place themselves behind a music stand even for, say, Heidenröslein, and the more confident will often dispense with the stand for tricky songs such as Abschied from Schwanengesang, not always to helpful effect. James Gilchrist clearly will have none of such namby-pamby ways, dispensing with the score for such a piece as Einsamkeit, (Solitude) which extends to twelve stanzas of eight not-exactly easy lines. It’s rarely performed in recital – for the reason why, see the previous sentence – but Schubert himself valued the work, calling it “…the best thing I’ve ever done…” It was written in 1818 to verses by his friend Mayrhofer, and fortunately Schubert was to go on to write so much greater music.

Despite its length and challenging piano part – played by Anna Tillbrook with apparently insouciant skill – the piece has undoubted appeal when performed with such passion and commitment as James Gilchrist did here. You can sense the makings of the later Schubert in the setting of lines such as ‘Und der Lichten Quelle Rand,/ Ach, dass er hinweggemusst!’ (And the edge of the bright stream / Alas! That he had to leave.’ It certainly deserves a wider audience provided that the performers are up to the challenge.

A modern song cycle, composed by Jonathan Dove for these performers, provided a more sombre taste of Solitude. Setting extracts from Tennyson’s poem In Memoriam and given the title Under Alter’d Skies, the piece traces the poet’s frame of mind from despair to a kind of acceptance, and its changing moods were finely delineated by both singer and pianist here, the aching tone of ‘And in my heart, if calm at all, / If any calm, a calm despair’ as poignant as the consolation of ‘I prosper, circled with thy voice.’

Samuel Barber said of the poems written between the eighth and twelfth centuries which he set as Hermit Songs, “I find them very direct, unspoiled and often curiously contemporaneous in feeling.” First performed by Leontyne Price and the composer in 1953, these vignettes have a distinct charm, especially in ‘The Monk and his Cat,’ a wryly humorous address from monk to pet, the claws of the animal clearly suggested in the piano part. Gilchrist and Tillbrook performed them to great acclaim.

This was our last of the Leeds Lieder Festival offerings, and you can catch up with the entire season on demand until July 18th at leedslieder.org.uk.