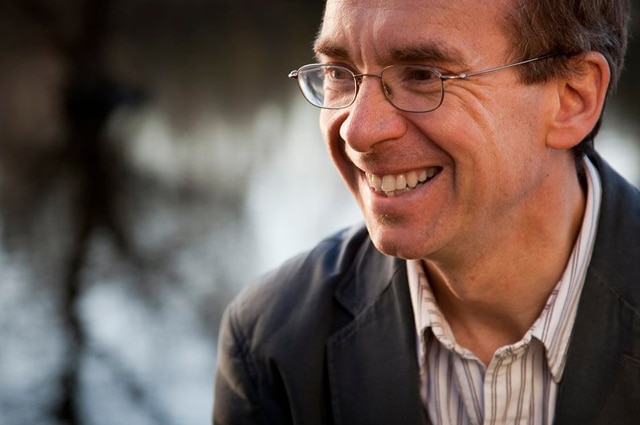 “A poet is born, not made” is the inscription on the gravestone of John Clare, the Romantic poet who was a contemporary of Keats, and many of whose love poems were written at around the time when Schumann was composing Liederkreis. Clare was once regarded as ‘merely’ a naive, ‘born’ poet, but his reputation has grown over the past couple of decades and this programme, finely balancing the premiere of Julian Philips’ setting some of his ‘Mary’ poems with Schumann’s work, reflects Clare’s growing importance.

Philips’ work was born out of collaboration with James Gilchrist and Anna Tilbrook and forms part of a series of performances of newly commissioned works programmed alongside established classics. Clare had been confined to an asylum from which he tried to escape in 1841, and where he wrote many of his finest poems, including the one for which he is best known, ‘I Am.’ Philips sets lesser known pieces, including the heartbreaking yet subtle ‘To Mary: It is the evening hour’ which is the work’s core, with its long phrases and Schumann-like inflections.

Overall, the work seeks to bring together the two strands of Clare’s writing at the time – his deeply romantic view of love and his growing detachment from reality, and this fusion is reflected in the sometimes plaintive, sometimes glowing vocal line and the often anxious, at times a little too angular piano accompaniment. The opening song ‘Say, what is love’ has a kind of Schubertian hesitation in its tremulous questioning, and ‘I sleep with thee, and wake with thee’ is heartfelt in its lyrical simplicity. Gilchrist and Tilbrook performed the cycle with absolute commitment and impressive skill.

The evening began with Finzi’s Oh Fair to see, sung with Gilchrist’s customary elegance and sweetness of tone; ‘Since we loved’ was especially poignant. Schumann’s Liederkreis Op. 24 was remarkable for its ‘heart on sleeve’ interpretation (how else can you sing Schumann if you’re going to do him justice?) with the first song evoking all the lover’s impatience without over-doing it, and the second, with its challenging phrases, crisply enunciated and elegantly phrased. ‘Ich wandelte unter den Bäumen’ was taken very slowly, almost prayerfully, and ‘Schöne Wiege meiner Leiden’ was remarkable for its lovely ‘rocking’ piano accompaniment. ‘Mit Myrthen und Rosen’ brought the cycle to a close with singing of perfect intimacy and playing of the closest understanding; you seldom hear those crucial lines ‘Einst kommt dies Buch in deine Hand, Du süsses Lieb im fernen Land’ sung with such ardour.

Mahler’s Lieder eines fahrenden Gesellen was the ideal final work, continuing the theme of lost or unrequited love, and it was given a highly dramatic performance, strong both in pathos and urgency. Gilchrist is a master at expressing sadness, anguish and despair, and he demonstrated this most effectively in the final stanza of ‘Ging heut’ Morgen übers Feld.’ His natural ease of delivery was evident even in the closing bars of ‘Die zwei blauen Augen’ and his phrasing and quiet, unforced yet intense singing of the crucial ‘Auf der Strasse stand ein Lindenbaum’ confirmed his status as one of our finest Mahler singers. This is not a dispassionate observation of a man’s youthful passion but a searing account of loss and rage: as always, Anna Tilbrook’s playing was the equal of the singing in its capacity to evoke both.

Ireland’s ‘Spring Sorrow’ was the perfect envoi, ‘And my heart puts forth its pain’ seeming to reflect all that had gone before.