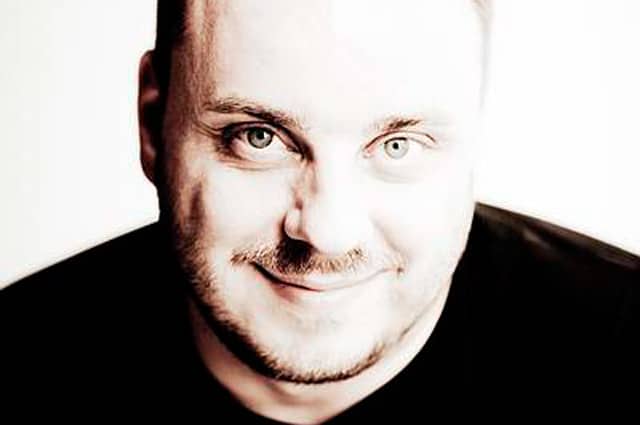 You don’t go to a Matthias Goerne recital to enjoy an easy evening, but to begin to understand new aspects of music you thought you knew, and to experience a carefully planned juxtaposition of works performed with the utmost gravity and sincerity. This interval-less concert framed songs from Eisler’s Hollywood Songbook with three selections from Mahler’s Des Knaben Wunderhorn and ‘Der Abschied’ from Das Lied von der Erde in an at times quite gruelling, but always enlightening way.

Of the first three Mahler songs, it was Urlicht which stays in the memory, in a performance which emphasized both the work’s grandeur and its delineation of the progress of man’s life within so short a space. From the subdued ardour of ‘O Röschen Rot’ to the impassioned affirmation of an ‘ewig selig Leben’ (eternal blessed life) this was singing of the very highest order, accompanied with sensitivity by Markus Hinterhäuser.

Goerne has long been an advocate of Eisler’s music: in an interview, he said that the composer is “…an artist comparable, in my opinion, to Brahms; the integrity, the consciousness of the times is so very great in Eisler …one might say that the Hollywood Songbook is the Winterreise of our time.” Making Eisler the centre of a recital is one of those things which you expect from Goerne, in that his music is challenging in a quite different way to what might be called more ‘standard’ repertoire. These miniatures, often telling a story in just a few simple lines, require unusual skill in that when you read them on the page, both words and music seem almost nonchalant, wry observations from a man doomed to be an outsider in the brittle land that is Hollywood – yet on further study it becomes clear that they require singing of great intensity yet must be presented in an almost conversational style.

For those unfamiliar with Eisler, perhaps ‘An den kleinen Radioapparat’ and ‘Ostersonntag’ are the most immediately approachable songs; some of us would make a case for the latter as one of the greatest of all Lieder. The former uses Brecht’s words in so natural and musical a manner that you feel, as with Schumann, that the two cannot be separated. It’s a deceptively simple statement of loneliness and consolation, the little radio taken as the refugee’s companion when fleeing and relied upon until it ‘goes dead again’ – wonderfully suggested in the bleak curtailment of the piano part. It was performed here with the utmost sensitivity.

‘Ostersonntag’ has in common with ‘Urlicht’ the feeling that a lifetime’s emotion is contained in a short space. It’s a condensed narrative in which the writer is interrupted whilst engaged in a poem to expose the men who were planning the laying waste of ‘Den Kontinent, diese insel, mein Volk, meine Familie und mich…’ His young son has dragged him outside in order to save a little apricot tree which is threatened by a snowstorm: after the poet’s statement about the devastating future he predicts, he writes ‘Schweigend / Legten wir einen Sack / Über den frierenden Baum.’ – ‘Silently, we wrapped a sack / Around the shivering tree.’ The simple words and limpid, spare quality of the music, say it all:  the innocent must be cared for, and the vulnerable protected, no matter how harsh the circumstances – and, as Keats put it in Endymion, ‘Some shape of beauty moves away the pall / From our dark spirits.’ It was sung with Goerne’s characteristic nobility and intensity.

It’s quite a controversial act to sing the final part of Mahler’s Das Lied von der Erde as a ‘stand-alone’ piece, never mind to perform it with a piano rather than a full orchestra, but there is justification for doing both, not least the recent research which has established that the work was “…originally conceived for performance with orchestra or piano.” (Stephen Hefling) As for taking the final part as a work on its own, one can only say that the motivation for doing so has to be, who would not want to sing ‘Der Abschied?’ Singers don’t readily admit to these things but it’s pretty likely that the longing to perform this sublime music is what has led to a certain tenor deciding to go all out and sing the whole lot, baritone / mezzo part and all.

Goerne’s vocal range is ideal for this music, the high-lying parts of some of it holding no terrors for him, and the very long lines – here taken extremely slowly – allowing him to display his exceptional legato. The poetic quality of his phrasing was evident in almost every line, ‘O sieh! Wie eine Silberbarke schwebt / der Mond’ finely suggesting the moonlit night, and the hammer-beats of ‘Still ist mein Herz und harret seiner Stunde!’ grippingly evocative. Hinterhäuser rose to the challenge of ‘replacing’ an entire orchestra, but it was difficult to resist the feeling that this work really does need those sweeping violins and aching woodwinds. Nevertheless, the final stanza swept away reservations, Goerne’s fervent assertion of hope in ‘Die Liebe Erde’ and those final, unforgettable repetitions of ‘Ewig… Ewig…’ lingering long after the final note had died away.