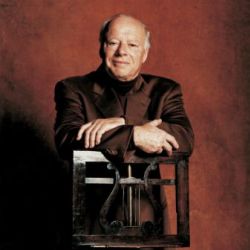 Can Haitink’s Beethoven get any better?

This was the question on many lips during the interval at the fifth concert in the Amsterdam-born conductor’s complete cycle of the Beethoven symphonies with the London Symphony Orchestra.

It was quite simply the most exciting concert in the series so far, topping even the high standards that this ideal conductor-orchestra team had set in their previous outings.

To start, a delicious performance of the overture to Fidelio. The violins’ buoyant attack of the opening dotted rhythm gave way to long sustained chords from the horns (who took a while to warm up, admittedly). Then, a swell in the strings led to the main theme, resoundingly played. The wind section was especially impressive, with the jaunty bassoons and bustling clarinet coming across vividly.

The main work in the first half was the Eighth Symphony. It’s hugely underrated, hardly ever played, and when it does appear the performances are frequently half-hearted. Not in the hands of Haitink, however. The raw energy of the trumpets who were in resilient form all evening energised the other players, whilst Haitink’s pacing was exemplary.

The double basses worked notably hard in the low rendition of the main theme, and to prove that beauty is never sacrificed in this largely masculine reading of the symphonies, the oboe solo was graceful and spacious.

For the second movement, the winds played with metronomic precision, the flutes and clarinets chugging away at the main beat. Demonstrating the benefit of dividing the violins into two groups either side of the stage, the second violins’ pizzicati were an admirably lucid contrast to the first violins’ lush melody. And in the formally complex rondo-sonata finale, the episode for the horns found the players in their usual secure condition.

It’s no hyperbole to say that the rendition of Beethoven’s Fifth after the interval was the best London has heard in a long time. Haitink’s approach is ideal. He’s implemented certain of the period instrument movement’s cobweb-removing ideas without losing the excitement of the orchestra’s natural virtuosity. The result is the finest performance of the work you will hear, and what few seats are remaining for Tuesday’s repeat of the concert should be snapped up without hesitation.

It was, as ever, a team effort with no weak link. Haitink’s brisk tempo carried the strings through the opening bars, with the horn interruption coming as a dramatic shock. As before, familiar music was given a new lease of life. The division of the violins was even more beneficial here, as the contrapuntal aspect of the music was elucidated with tremendous power.

In the second movement, the architecture of Beethoven’s double variation form was developed with rare transparency. One could hear the intricate use of the two leading themes without any trouble. Again, the trumpets were stunningly good, shining forth after the more ambiguous violin opening.

Then, to the mighty third movement. I have never heard the cello and double bass parts in the introduction played so precisely or so swiftly. The tempo, though fast, seemed entirely natural. After the nimble string opening, the horns entered with their powerful and distinctive main theme, before the violins swept in. I was afraid that the fugue of the trio section would be impossible to play at such a rapid pace, but the rigour of the low strings set a high standard to which all the other players responded as they entered in turn.

The final movement was so thrilling that I forgot to write and instead sat and listened, awestruck at the level of musicianship. Surely aware that the earlier movements had already packed an enormous punch, Haitink drove this extraordinary orchestra to a higher level of energy. This performance was almost beyond music; such intense emotion is surely the product of heaven.