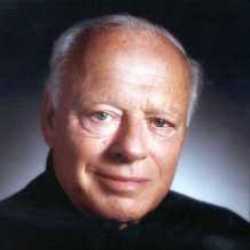 It takes a really great orchestra to play Beethoven’s first and last symphonies with equal conviction in the same programme.

Under Bernard Haitink, the London Symphony Orchestra did just that, concluding their complete Beethoven cycle on top note.

The hero of the evening was Haitink, leading the London Symphony Chorus, soloists and orchestra in two concentrated hours of music by the German master.

Every moment was full of detail and contrasts, while the larger direction of the music was always clearly signposted.

Beethoven’s First Symphony was first performed when the composer was 30 years old – relatively mature compared to the prodigious Mozart, perhaps, but just as full of youthful fizz. The LSO brought a Haydnesque grace to the work, a clear response by Haitink to the composer who most influenced Beethoven in this symphony.

The slow opening of the first movement already showed the focused distribution of sound between the different sections of the orchestra. The flute resounded clearly above the carefully controlled string pizzicati in the dominant seventh chords, for instance.

Then with the Allegro, the violins started tentatively, taking their time to build up the music to its full momentum. The wind colours were again striking, with a prominent combination of flute and clarinet showing Beethoven’s mastery of instrumentation even at this stage. The stars of the symphony were the trumpeters, who blazed away in the finale to the first movement.

In the slow movement the orchestra achieved a rare precision and elegance. Dialogue between the oboe and flute was memorable, whilst the counterpoint between the five string groups was crystal clear.

The element of danger provided by off-beat accents, dissonant chords and aggressive timpani in the third movement make it the highlight of the symphony. Indeed, it has a similar musical affect to the third movement of the more famous Fifth. Haitink seemed to believe in its worth, for he brought out all kinds of colours in the bassoons and clarinets and gave it a general air of subtle variety.

The tremolandi, the sparkling string staccati and the rippling rising scales of the violins brought the symphony home in a rousing finale.

Yet the main business of the evening was the Choral Symphony, perhaps Beethoven’s greatest achievement, and certainly a fitting climax to Haitink’s enlightening concert series.

The conductor’s clear beat in the opening bars gave the movement instant drive that continued for the remainder of the work. The complexity of the composer’s treatment of the opening dotted rhythm was played with almost nonchalant security by this virtuosic orchestra, whilst the timpani rolls were more than usually arresting.

In the second movement we once again experienced the benefit of dividing the violins. This highly contrapuntal music built step by step as the theme was passed in an anti-clockwise semi-circle from one string group to the other. The effect was extraordinary.

Serenity pervaded the third movement, thanks to the LSO’s warm string tone and the woodwind’s floating quality.

But it was the legendary final movement that really moved the senses. From the opening dissonant chord onwards, Haitink’s interpretation was vital and full of visceral energy. The gentlemen of the London Symphony Chorus were in particularly good voice, though the sopranos also impressed in their effortless climb to the sustained high notes of the movement. The chorus sang from memory, and the resultant freedom paid off in the clarity of sound and focus of purpose.

A more committed quartet of soloists could scarce be imagined, even if soprano Twyla Robinson seemed less connected with the others at first. Karen Cargill was the stylish mezzo, making several noteworthy entries; tenor John Mac Master gave his all in the Turkish music (he returns in Fidelio with the LSO in May); and bass Gerald Finley gave quite simply the most refined account of the opening I have heard.

It was a sensational end to a thrilling series of concerts, and the instant standing ovation and deafening cheer for the ever-modest Haitink at the end said it all.