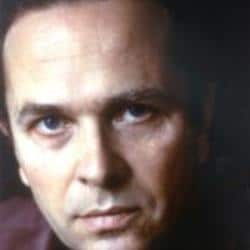 It’s ten years since the Hall moved into the Bridgewater Hall in Manchester, and six since Mark Elder became their Music Director.

The past decade has seen an overwhelming increase in the quality and status of the orchestra, which is now one of the finest in the world.

Nowhere was this more apparent than in their performance of Mahler’s great Fifth Symphony, which opened their 2006-7 season to rapturous applause.

Elder is at home in the Austro-Hungarian repertoire future Covent Garden seasons see him conducting Richard Strauss’ Elektra and Ariadne auf Naxos – and his sense of the work’s architecture, as well as its pastiche of Viennese classicism, made this both an emotional and an intellectual performance.

It’s true that the first movement wasn’t entirely satisfactory. Despite an impressive trumpet solo and secure intonation from the horns, it lacked a sense of the Zeitgeist of the turn of the century, was on the slow side at times, and generally lacked punch from the strings. But from the moment Elder launched into the nightmarish second movement, the performance was uncompromisingly focused, atmospheric and exciting.

One of the most striking elements of the performance was the way in which the wind players held their instruments high into the air, improving their projection and tone quality. This technique was recently noted by another reviewer in a concert by the Vienna Philharmonic, and the musicians of the Hall are clearly in the same league.

The poignant main theme of the second movement was carried by lush violins, who gained from being divided across the stage; the cellos were also impressive in conveying the wistful air of the music. More than anything, though, the blazing fanfares confirmed my view that this orchestra now has the finest brass section of any orchestra in the country.

The third movement was tautly played, with a memorable horn solo and a nice bounce to the waltz-rhythms, but more than in any performance of the piece I have heard, Elder found a melancholy hidden amidst the joie de vivre that unified the movement with the rest of the symphony.

The highlight, though, was the haunting, poignant Adagietto. Sepulchral images flashed across the imagination as Elder sculpted each phrase with the utmost care. The tempo was not too slow, which allowed a sense of flow, and the return to the main theme at the end was so nicely toned down in dynamic that the harps were beautifully audible a moment of ecstasy at the conclusion of a fine performance. The fifth movement was also superb, especially the treatment of neo-baroque counterpoint in the strings, and again the brass fanfares shone forth.

No doubt Elder’s programme was intended to show the influence of the baroque on music of the early twentieth century, for the first half consisted of Bach’s Brandenburg Concerto No 5. Angela Hewitt, the renowned Bach player who was yesterday named Artist of the Year in the Gramophone Awards, led the performance from the piano. However, it was a very drab start to the concert in almost every way. In the words of a close friend who was in attendance, Hewitt’s conducting resembled the body mannerisms of Joyce Grenfell. I doubt whether most of the ensemble could actually see her hands fluttering randomly in mid air, and in any case, when Hewitt was playing the piano she ignored the other players.

It was also peculiar to have the keyboard part of the ripieno (main ensemble) played on a harpsichord whilst Hewitt in the concertino (solo group) played a modern piano. When the piano wasn’t playing, the Hall’s well-coached strings revelled in a baroque period atmosphere; when Hewitt entered, she gave an inappropriate romantic feel to the music, and often drowned out her colleagues. Of the other two soloists, Paul Barritt was superb on the violin, but Katherine Baker‘s flute was lost in the large acoustics of the Bridgewater Hall.

Nevertheless, this was only a twenty-minute slip in an outstanding opening to the orchestra’s exciting new season.