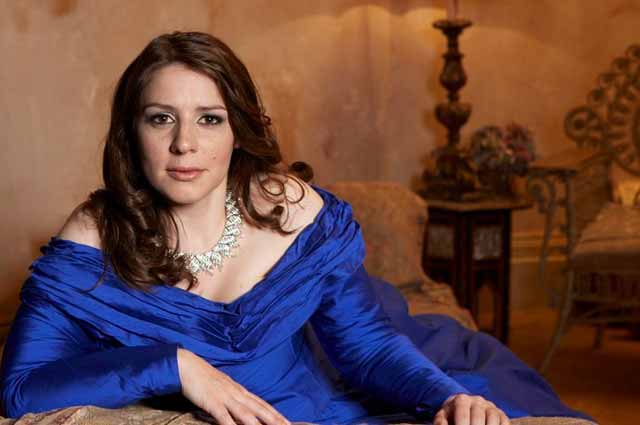 German poet Barthold Heinrich Brockes wrote Der für die Sünde der Welt gemarterte und sterbende Jesus, more commonly known today as the Brockes-Passion, in 1712, and it went through thirty or so editions over the following fifteen years. Many composers set it, including Reinhard Keiser (1712), Georg Philipp Telemann (1716), Johann Mattheson (1718), Johann Friedrich Fasch (1723) and Gottfried Heinrich Stölzel (1725). In fact, so popular was the text that the Easter fortnight of 1719 in Hamburg saw performances of four versions by Keiser, Telemann, Mattheson and Handel.

Handel probably wrote the Brockes-Passion in 1716, utilising the librettist’s own preferred 1713 revision of his text, but its first performance ever was very possibly the one in Hamburg on 3 April 1719, although the composer himself was absent. This means that the current performance by the Academy of Ancient Music, directed from the harpsichord by Richard Egarr, marks its tercentenary. While Brockes’ text and Handel’s version were extremely popular for a period, though far more so in Germany than England, both fell out of favour as they did not suit the tastes of later generations. Handel’s original manuscript is lost, and with the last critical edition of the score having been produced in 1965, the AAM have worked with several musicologists to produce a new version, edited by Leo Duarte. This has, among other things, rediscovered sixty-three bars of music that had gone missing and restored entire instruments that had been omitted from later editions.

Brockes added reflective and descriptive poetry into the texture of his Passion, and alongside Jesus, the Evangelist and all of the characters who feature in the Passion story, the work features a Daughter of Zion, who sings substantially more than any other individual, and several Faithful Souls. The chorus as well constitutes the Chorus of Faithful Souls on some occasions, The Christian Church on others and the Chorus of Soldiers when required. The text can be highly wrought and is often fiery, which may explain why it eventually fell out of favour as it is hard to picture nineteenth century audiences being impressed by Peter in his remorse at having denied Christ proclaiming ‘my bowels screech on glowing coals’.

On the other hand, it seems to have been the perfect vehicle for Handel’s music as it enabled the composer to maximise on the power and theatricality that imbues so much of it. For example, ‘Erwäg, ergrimmte Natternbrut’, sung by one of the Faithful Souls, sounds like an operatic aria that was designed to show off the talents of the tenor as much as anything else. Similarly, there are several occasions when the pace and bluntness seem to demand the type of theatricality that Handel was so adept at providing such as when the Chorus of Soldiers cry ‘Seize him! Strike him dead!’ or in the short, verging on abrupt, exchanges between Jesus and Peter, John and James. In fact, although the piece lasts around three hours (with interval), it contains 104 items and so, excepting some arias that can last several minutes, they are worked through at a pace that feels highly dramatic.

At the same time, some of the music, and particularly several of the chorales, feel deeply devotional and rather more in the style of Bach’s St John and St Matthew Passions. For example, the Daughter of Zion’s ‘Gott selbst, der Brunnquell alles Guten’ features a series of melancholic three note motifs played on solo oboe as well as other instruments. Of course, the Brockes-Passion preceded either of Bach’s creations, and there are several ways in which it influenced the St John Passion, but even when Handel shows he is more than capable of being as ‘pious’ as Bach, he uses his own style to make that ‘piety’ feel unique. For example, the Daughter of Zion’s ‘Die ihr Gottes Grad’ versäumt’ feels so heartfelt and moving that it goes beyond itself to appeal to us in a way that we might normally imagine a poignant operatic aria would. The soprano Faithful Soul’s ‘Den Himmel gleicht’ is framed by the type of violin solo that it is hard to envisage Bach ever inserting into one of his Passions, and yet that fact makes its inclusion no less valid or moving here. Perhaps because of Handel’s grasp of drama, Jesus’ proclamation ‘If it is possible / that your anger can be assuaged, / then let this cup pass from me’ feels extremely real, rather than as if it merely represents a stage that he must inevitably go through in a Passion.

This was a superb performance from the AAM so that from the chorus, who layered their various lines extremely well, to the oboe playing of Leo Duarte that accompanied many arias (he conducts Venceslao next Friday), there were delights at every turn. Robert Murray was an authoritative Evangelist and Cody Quattlebaum a charismatic Jesus, while Ruby Hughes and Rachael Lloyd made strong soprano and mezzo-soprano contributions respectively. Tim Mead was an excellent Judas and Gwilym Bowen an effective Peter, while Nicky Spence’s powerful tenor and Morgan Pearse’s brilliant bass came to the fore in their various roles. The highest accolades, however, go to Elizabeth Watts for demonstrating such consistency and feeling over what is a notably large sing for the Daughter of Zion.

This performance was recorded for future release, and it is highly likely that the AAM’s work will lead to an enormous revival of interest in a piece that would seem to appeal to our modern mind-set. In the same way that Peter Sellars’ stagings of Bach’s Passions engage us by emphasising our own place in the experience and personal journey with Christ, so Handel’s work does the same through the use of the Faithful Souls and the Daughter of Zion whose very words could so easily be our own.