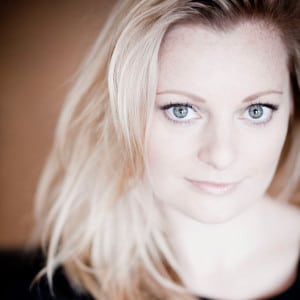 This was the best concert yet in the Globe’s series of candle-lit, intimate recitals – and that’s saying something given the overall standard. This time, Trevor Pinnock introduced works by Handel and other composers linked by borrowings and adaptations, or as he might have put it, ‘taking cuttings.’ The music ranged from the very rarely heard to the popular, and it was performed with Pinnock’s characteristic combination of virtuosity and enthusiasm.

The high points of a concert in which there was not one duff note, were the arias sing by Lucy Crowe, who is one of those singers who remind one of just what a golden age this truly is when it comes to Handel singing. If she needs to hit a top D, she’ll do it as accurately as Sutherland or Schwarzkopf, but she’ll also do something which very few others can achieve – she will sing the words with as much care given to them as if they were Schubert Lieder, so that a Handel aria becomes not just a display of thrilling sound but a full interpretation of what the composer wrote.

‘Sweet bird’ from L’Allegro, Il Penseroso ed Il Moderato revealed a perfect trill, rich tone and superb management of contrasts – for once, ‘Most Musical, most Melancholy’ was as onomatopoeic a phrase as it ought to be. Katy Bircher provided exquisite warbling and twitterings on the flute. ‘Tornami a vagghegiar’ from Alcina allowed Ms Crowe to display her fiery, sparkling coloratura in a performance full of warmth and vivacity.

She was equalled in virtuosity by Pinnock, whose playing of Handel’s fiendish Chaconne in G Major almost had us on our feet; in company with a group of distinguished instrumentalists he also provided collaborative support for the singing and for Katharina Spreckelsen’s oboe, especially in the Concerto for Oboe and Strings. It was a joy to hear that work in so sympathetic an acoustic, as indeed it was to experience some lesser-known yet still charming pieces, especially Keiser’s ‘Komm angenehme Stunde’ and Steffani’s ‘Cara dolce speranza’ – the latter reminding us of a major influence on Handel’s music.

Once again, a packed house responded with delight not just to the music but to the brief narratives which cast so much light on the various compositions – there is nothing quite like thunderous applause when the house is so tiny and has so much wood in its construction! If you’d like to experience it, there is just one more concert in the ‘Pinnock’s Passions’ series, A Bach Family Celebration on September 7th and 8th.